Guest starring George RR Martin - Murphy is captured by an overly enthusiastic zombie fan who wants a new addition to his museum.

Look out, Bill Murray -- your reign as Best Zombie Cameo Ever may be coming to an end.

None other than Game of Thrones creator George R.R. Martin will soon be embracing the zombie apocalypse with an apperance in an upcoming episode of Z Nation. 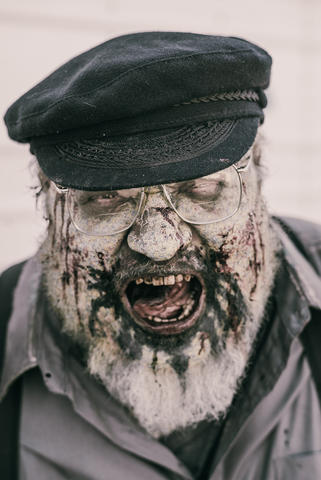 In a nod to his legacy, Z-George is seen munching on one of his books, A Promise of Spring, a playful nod to A Dream of Spring, the expected title of his eventual seventh (and presumably conclusive) novel in his A Song of Ice and Fire saga, per Entertainment Weekly.

"I just want to prove to my fans that even in the Zombie Apocalypse, the Song of Ice and Fire books will still come out!" declared Martin, who's currently working on Book 6, The Winds of Winter.

Martin, who also recently made an appearance in Sharknado 3: Oh Hell No!, will appear in Episode 8, which focuses on The Collector, a villain who captures celebrity zombies and has George chained to his desk. As we all would. 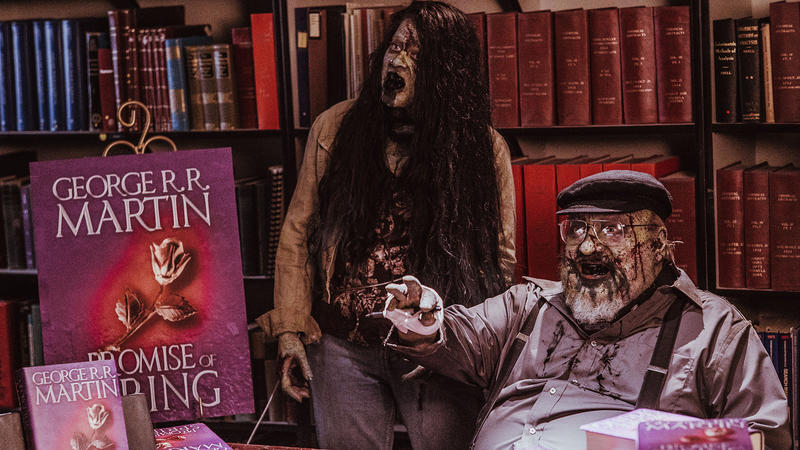