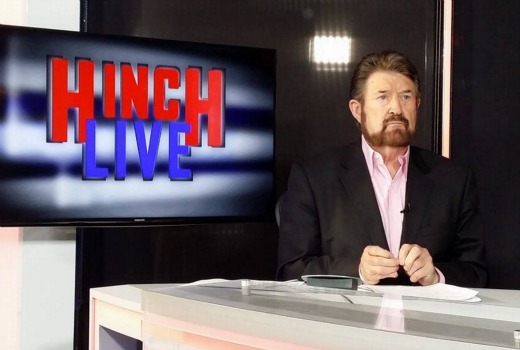 When we agreed to speak about his media career, Derryn Hinch, was sitting on a secret: he was set to announce his plans to stand for the Australian Senate.

Within days he would be in the headlines once again, this time announcing a new political party, the Justice Party.

But that’s life for the veteran broadcaster, who has long been known as the “Human Headline.” Whether reporting news, or making it himself, the two have been inextricable.

The “Human Headline” tag was made by his the former radio producer Terry Hayes, who was answering a question for Sydney Morning Herald’s David Dale.

“I said something on radio and Dale went to Hayes, my ex-producer, and said ‘What do you make of Hinch saying that?’ And Hayes said ‘You know Derryn, he’s the Human Headline,'” he recalls.

“It was said as a put-down and it stayed that way for a while. When I started Twitter I tried for ‘Derryn Hinch’ and ‘That’s Life,’ my slogan, and somebody had already taken them. So in the end I thought Human Headline had been used against me so I might as well use that. So I turned a negative into a positive.

“But it goes against me sometimes. When I was about to go to jail, Chris Uhlmann said I was breaking the law for my own publicity. ‘After all you are known as the Human Headline.’

“But anybody who goes to jail for publicity has to be sick in the head.”

The song That’s Life has been with him longer, since his earliest radio days on 2UE in the 1970s. He was hosting a music and talkback show on Saturday nights when Bob Rogers told him he needed a theme song. As he was wrapping his editorials by saying ‘That’s Life’ he turned to Sinatra’s song. Many years late, some would try to make hims ditch it.

“3AW once thought I was old-fashioned and wanted to reinvent the wheel and all that crap, as programme directors do and they didn’t want me to start with my theme song,” he explains.

“So every day for a week I played a different version. Soft ones, hard ones, even David Lee Roth, and in the end they gave in!

“When I die it will be on a plaque at my funeral.”

Hinch has seemingly done it all: radio, print, television and publishing. He claims to have shut down at least four newspapers: NZ’s Taranaki Herald, Christchurch Star, Waikato Times and Sydney’s Sun. There have been roles at Seven, Nine (including as Midday host), TEN and now SKY News.

“I’ve been through more stations than the Southern Aurora,” he laughs. “I’ve closed more newspapers than Rupert Murdoch.

“Seven sacked me and within about a week I was picked up by TEN. In fact Seven had never paid Peter Sullivan to write my theme song, so we just re-recorded the same song. We offered to buy the set from Ron Casey at Channel Seven and he said ‘Get nicked.’

“But I remembered the name of the guy who designed it so we went to him and rebuilt an identical set at TEN and literally crossed over. I did 2 more years at TEN, so 6 all up.” 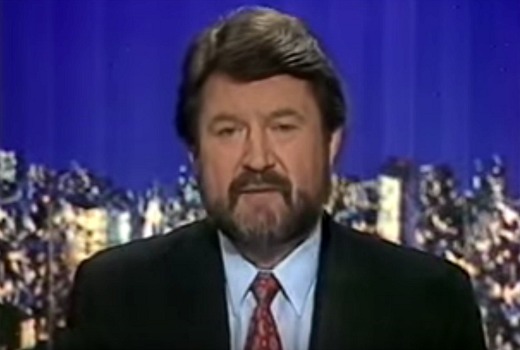 Hinch regards himself as journalist, not broadcaster, an interest spawned during his childhood years in New Zealand, living next door to the editor of the Taranaki Herald during the 1950s. It was the same paper where he landed his cadetship.

“When I was 9 or 10 I made a little mock newspaper called The Sun and used Vegemite jars to draw the sun. Twenty years later I was the editor in Sydney on The Sun,” he remembers.

“I used to fight my dad for the paper I ended up working for. I would fight him for the first look at it, in the late 1950s. It was a time when the first Mercury spacemen were being picked, and I was enthralled reading about them.

“Ten years later I was actually at Cape Kennedy reporting on their successors going to the moon.

“And my grandfather during the Depression years had to leave home and work on a timber yard in the bush. I discovered in his papers he wrote something called the Daily Herald about how his tent burnt down, and other things in his camp.

“So my grandad was the first Hinch journalist and I turned out to be the second.”

During his 4 year current affairs run on Seven, Hinch was famously parodied by Fast Forward‘s Steve Vizard as Hunch. He loved it.

“I let him use my set, my props, my gold pen, and on one show my producer Dermott O’Brien said ‘Look above your head.’ I looked up and we hadn’t switched the signs back! We’d done half theHinch programme with the Hunch sign!” he laughs.

Since February he has been with SKY News after CEO Angelos Frangopoulos asked him to front a Melbourne-based programme. The show now boasts more female panellists than any other SKY programme.

“The SKY format wants Opinion, it’s very clever the way they do it. They get different opinions, and I suspect some expressed on my programme are a bit further Left than some of issues than many other programmes on SKY.

“They leave me alone to do what I want to do. I take it very responsibly and it’s a lot of work.

“It’s like good radio. You’re best shows are when you are throwing stuff out, not in. So on the Sunday night when it was out that Malcolm would challenge the next day, we had a great night. They are the ones you love, bouncing off the news.” 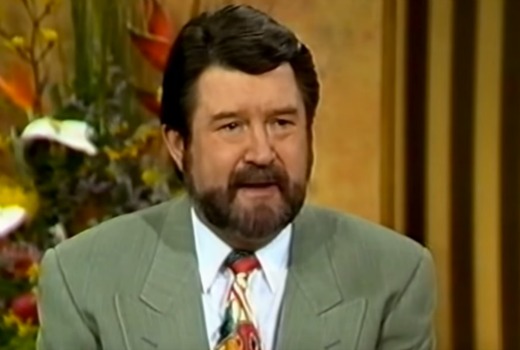 But over his career his opinions have also landed him in plenty of hot water. There have been two jail terms, one house arrest, community service and fines, usually for contempt of court.

During his 50 days in jail last year he spent 2 weeks in Solitary confinement after revealing criminal history details of Jill Meagher’s killer.

“They put me in Solitary for 2 days while they figured out what to do with me, and then I think they left me there to teach me a lesson,” he says.

“You only have 1 hour a day with human contact then somebody pushes your dinner through a door flap at 3:00 in the afternoon.

“They let me out at 8:00 every morning for a walk, and locked the prison down.

“Jill Meagher’s killer, who was the reason why I went to jail, was 2 cells from me on the same floor, so at 9am they would let him out for a walk and lock him up again.

Justice, victims of crime, sentencing and sexual offenders are frequent Hinch topics -for which he makes no apology.

“People are angry. The Peter Finch (Network) stuff about ‘I’m not going to take it anymore’ is pretty real these days. I’m not some crazy right wing vigilante. The only time I censor Freedom of Speech is where people advocate vigilantism on my Twitter or Facebook.

“Bail reform, parole reform, realistic sentencing where the victims get more compassion than the criminals is palpable.

“I got sacked from 3AW because they said ‘There he is with his paedophile thing again.’ But I can wear that. If I go to my grave and they say ‘That’s all he’s good at,’ then I’ll wear that.”

As he revealed last week, the ‘Human Headline’ now has his eyes set on Canberra, as the next step to further his causes.

In a subsequent email, Derryn Hinch answered the following questions:

Why now the move to politics? Justice has long been on your watchlist, so what was the trigger?
The 10-day, 180-kilometer Jail 2 Justice walk last year really got to me. At times I had 8 mothers and fathers of murdered children walking with me. Bruce and Denise Morcombe. Rosie Batty, Sarah Cafferkey’s mum, George Halvagis whose daughter was stabbed to death at her grandmother’s grave by a man who had killed before and shouldn’t have been out of jail. Also my blog seemed to be increasingly about bad bail decisions by magistrates and judges. Like Man Monis and the killer of Masa Vukotec and the latest about the alleged go-pro rapist already on $200 bail for another teenage rape charge.

Are you closing a door on broadcasting? Are you resigned to the reality it could go that way if politics is successful?
It would end my hosting career as soon as Turnbull announced a federal election. But if elected I could make guest appearances on SKY and Sunrise like a lot of pollies: Joe Hockey, Kevin Rudd, Pauline Hanson.

You’ve abstained from voting, why should someone now vote for you?
I still believe compulsory voting is undemocratic . My refusal to vote also was tied to my job. I don’t believe political journalists should vote. I’ve interviewed every PM from Menzies to Turnbull. They know who didn’t vote for them or against them. If an Oakes, Riley, Speers orHinch votes then they should tell you for whom they voted. I’m voting fore the first time next year. Give you a scoop: I’m voting for me.