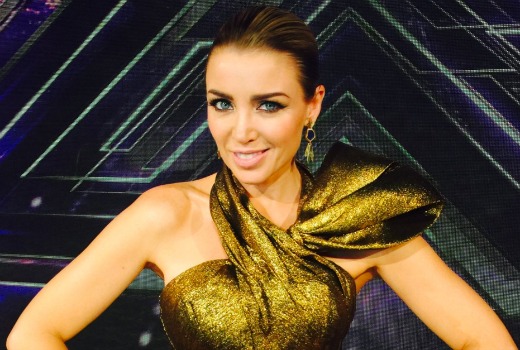 If Reality shows do one thing better than other genres, it is in their diversity of contestants.

The last two seasons of The X Factor were won by Dami Im and Marlisa Punzalan, with Korean and Filipino heritage respectively. This year Cyrus Villanueva, also with Filipino heritage, is the favourite according to the bookies.

Dannii Minogue, now the only judge without a remaining act, isn’t about to name her preferred favourite between Cyrus, Jess and Matt, Louise Adams and Big T, but she does acknowledge Reality shows are a healthier representation of the audience than other genres.

“I think its indicative that Australia is so multicultural, but it’s really about who wants to turn up when Luke announces the auditions,” she tells TV Tonight.

“You take the initiative and show up.

“But being a producer you are at the mercy of who shows up. I’m just glad that X Factor has that trust with our viewers and is a great place to come. This is the real deal: if you want to be a singer we can make it happen.”

Indeed she believes there is even something about the arts that appeals to shy individuals, something of a paradox. Watching them come out of their shell can act as a storyline that suits both performer and the show as a whole.

“You do get Marlisas and Damis who are quite ‘geeky’ and shy and you think ‘This shouldn’t go together.’ But it creates some kind of magic,” she explains.

“But everyone’s nervous. Vance Joy was performing the other night and was incredibly nervous on stage. During the commercial break he said to Luke, ‘I’m really sorry mate, I don’t know what I said because I’m really nervous!’ But he’s just been on tour with Taylor Swift.

“So modest, nervy-type people are attracted to becoming entertainers.

“With the speed the show moves there are some people you click with straight away and some who take longer. It doesn’t mean they’re not a great performer.

“Samantha Jade was in the bottom 2 three times, so what was not connecting? She’s a great performer, and has a huge career in music now. For some it takes longer to get it off the ground.”

“Mentoring is the bit I love”

With NZ singer Mahalia leaving the show, Minogue has lost all of her acts from the competition and copped some criticism over her song choices this year. Finding the right song for an artist, together with one that will compel viewers to make a phone vote is part of her role as mentor. She now has 4 years in the role in the UK show and 3 in Australia.

“Mentoring is the bit I love about the show. It’s about emotionally how you feel when you walk on, physically how do you feel, what are you conveying, how are people going to feel at home? It’s all of those things that have got to come together right,” she continues.

“The kind of music that Mahalia’s voice is made for is not about a big octave range which is normally the thing that gets the audience on their feet and people to send the texts.

“But she’s got the exposure and has learned so much from the amazing crew around her.”

This year Chris Isaak-mentored contestant, Jimmy Davis, told media the songs weren’t chosen by the judges, prompting Guy Sebastian to hit back on social media. Minogue declined to weigh in, but nods to television’s collaborative demands.

“People are green and I don’t think we can go hard on him and expect him to behave the way that we would. We have years of experience, so I don’t want to bag him,” she said.

“I’m not making my own show so I’m not at liberty to just do whatever I want. The network and Fremantle are making the show and I work for them. But I’ve got to be one who sits in that seat on Live TV when you’re on the couch and it’s my song choice based on what I believe for that person. And I have to take it on the chin time and time again if I get it wrong. So that’s the tough part of the job.”

“I definitely think Cyrus has to be there”

Next week 3 of 4 acts will proceed to the grand final and she bases her tips on consistency over recent weeks.

“Jess and Matt have the talent to pull it off. They have an acting skill within them that is a rare thing. Guy has harnessed it within them and said ‘Let’s go with it,'” she says.

“They’ve really stepped up to the plate and have become such a surprise entry to the show.

“They are so happy and in love! It’s weird because the thing that works for them is singing break-up songs!

“Louise has done some amazing performances and is getting stronger and stronger. Every week when I think it’s her best she comes back the next week (with more). So that’s exciting to watch.

“I definitely think Cyrus has to be there in the final because he’s very talented. I’m very surprised by some of the big performances that he has been able to pull off given they only have a week. The one with all the water was amazing. And the one where he sang at a piano and sang Chris Isaak was incredible –but he’s sat at a piano a lot.”

The fourth remaining act, Big T, has been less consistent in his performances, says Minogue, but comes with a great backstory.

“Big T has been great in that respect, working on the railways and singing to his mates.

“It’s down to the performances between now and then. You need to also watch not just the vocal but, as I said, how they take it all on board emotionally and physically. To be an artist these days, and how demanding it can be with all of things that need to be covered in a promo, you’ve got to be able to keep up with it.

“The one who has the talent, emotion, who is likeable and loveable will be the one left standing at the end.”

The X Factor continues 7:30pm Monday and Tuesdays on Seven.