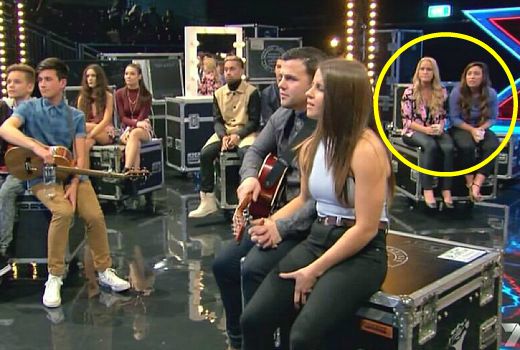 EXCLUSIVE: X Factor fans are demanding answers from the Seven reality show after one of the Boot Camp finalists has failed to perform across the entire series.

Mother and Daughter act “Bianca & Johanna” progressed all the way through to the Five Seat Challenge in the Seven series, receiving a standing ovation from the audience, but failing to win a place in Guy Sebastian’s Final 5.

Yet none of their performances have been broadcast in the series, denying the duo any TV exposure.

Audience member Melanie Saunders who was in attendance for the Five Seat Challenge told TV Tonight there was an uproar when they were not selected to be in Guy Sebastian’s final 5 acts. 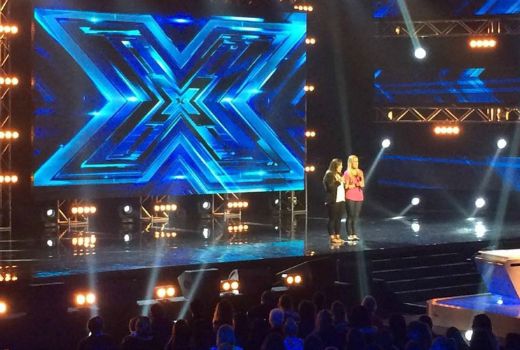 “I thought they were wonderful. The whole crowd was going berserk to bring them back. I don’t think Guy really liked it, because everybody was going crazy, saying ‘Bring them back!’ I was really shocked. All the seats weren’t even taken,” she said.

After they were eliminated filming stopped while Sebastian and producers were huddled in conversation.

When the series was broadcast several weeks later “Bianca and Johanna” did not perform. Even their original audition with 3 judges voting them into Boot Camp was cut. Both can only be glimpsed in backstage group shots during the 5 Seat Challenge. 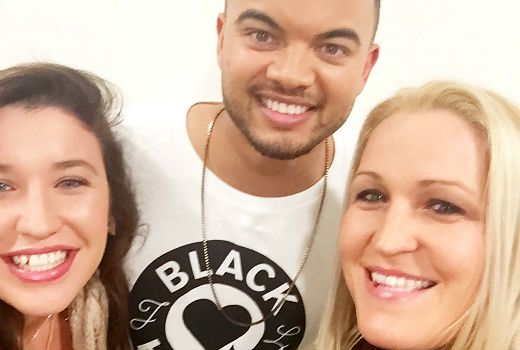 “I sat there waiting and waiting, but I didn’t see them,” says Saunders.

“I think they were a bit robbed. Not even a bit of recognition. They went to all that effort, and nothing came of it at all. I feel for them.

“I just wonder if it has happened to anybody else?”

Her disappointment has been matched by other outraged fans who have flooded X Factor’s Facebook page:

Jesse Te Maro:
X factor is another rigged show. Filmed everyone except for Johanna Vitalone and Bianca who made it to the top 12 and 5 seat challenge yet weren’t aired. How rude

Colleen Mulcahy:
PLEASE EXPLAIN WHY WE DIDNT SEE Bianca and Johanna, only watched to support them. Wont be bothering for the rest of the season.

Kym Andrewartha:
Not fair for Johanna Johanna Vitalone and Bianca vitalone. They made it to the top 12 and their auditions or their performance was not even aired in TV. Whats going on!!!

John Slaven:
Having followed the show since the season start, am very disappointed that there has been so far NO airing of Bianca and Johanna. Surely, airing ALL the contestants would be a fairer way to run the show rather than to just concentrate on ones who might be ratings grabbers!!!! The mind boggles.

Sue Maree Palfreyman:
Not impressed X factor. Why wasn’t Johanna Vitalone and her daughter Bianca have the same opportunity as the other groups in the 5 seat challenge. They made it to the top 12. Absolutely disgusted. Please explain!!! 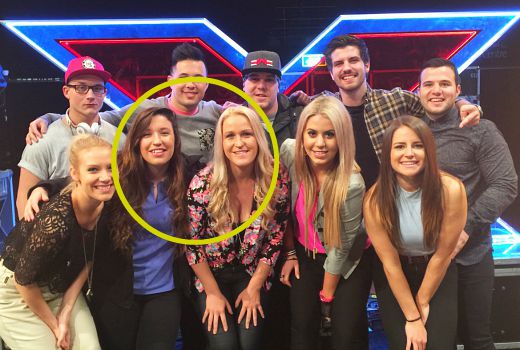 Blake Wallace:
Funny how Bianca Vitalone and Johanna Vitalone aren’t shown even though they made it through! Bit unfair X Factor!!!

Troy Attard Bec Purdon:
I was so excited in the weeks leading up to X factor and have been watching since the start to see these two wonderful ladies perform. Im very disappointed not to have seen Johanna Vitalone and Bianca’s mother and daughter act frown emoticon how many others were pushed to the side and also not aired??? The show appears rigged

Maria Hemara Yodelmaria:
shame !! shame !! XFACTOR showing everyone exept johanna and bianca vitalone…well i won’t be watching again and so will the thousands of people who only watched because of these 2 girls…plus why getting judges from overseas when we have entertainers here who are thousand times better than these two ..not very nice what this show is doing to the young people ..im very disgusted .. !!!!!

Jill Hudson:
X factor can you please explain why if Johanna Vitalone and Bianca Vitalone made it through to the 5 seat stage why they were not aired on tv thats terrible, thousands of people were watching around australia just because of these 2 ladies now there are thousands not going to watch!! Disrespectful to these ladies..Disappointed very disappointed!

Scott Morton:
Very disappointing not to see any part of Johanna Vitalone and bianca’s auditions or performance. All contestants that make it through to the 5 set stage should had a little air time . Very very disappointing X factor

Miss-Nat:
Nat I see many of you are as disgusted as me about only seeing who X factor thinks has a heartstrings story! Johanna and bianca lined up and waited outside like any other contestant! They auditioned and got 4 yes votes got through the 5 seat challenge and did everything that the show required of them including not revealing anything to anyone! They travelled many hours to attend all of this for them just to not air any of it! Shame on you X factor. If they didn’t want people not to see the audition they wouldn’t of went on there in the first place! Maybe it’s for the best if that’s how you treat people! Good luck to those that did make it through.

Tania Telford:
Your recapping what YOU chose to show. Why didn’t Johanna Vitalone &; Bianca get even the slightest bit of respect shown to them. They gave X Factor everything, worked so very hard to get to the 5 chair challenge. But not one bit respect shown back. If you get to the 5 chair challenge that deserves to be aired. They were right there, but to everyone who didn’t know it they didn’t exist..invisible.. That’s disgusting Johanna &; Bianca deserved better. Australia, the voting audience deserved to see. No respect for anyone who treats people like that…

Sonya Thornberry:
So sad, you can’t leave two beautiful girls sitting in the waiting groups – then magically make them disappear! Really a shame not to at least see Johanna Vitalone and Bianca’s performance – surely the audience can have some opinion – the audience includes the viewers at home – we are left wondering with no explanation as to that disappearance! This is the first time I won’t continue to watch X Factor.

Christie McWhirter:
Bit unfair that you didnt show Bianca Vitalone and johanna at all throughout all of the episodes!

While Reality shows have been accused of manipulating and selectively-editing contestants for storylines, erasing an act entirely is something of a rarity. It’s not clear if audience anger over missing Sebastian’s Top 5 was behind them being excluded from the full series.

Tamworth-based Johanna Vitalone, and 18 year old daughter Bianca, were unable to comment due to strict confidentiality clauses in the FremantleMedia contract.

On their Facebook page, they feature videos including Little Talks, “…the song that we performed at the 5 seat challenge on xfactor, not the greatest song but we made it work considering we had no say in what we sang!”

Channel Seven and FremantleMedia Australia did not respond to enquiries by TV Tonight.

Walter, Jesse and Saul are back in ...