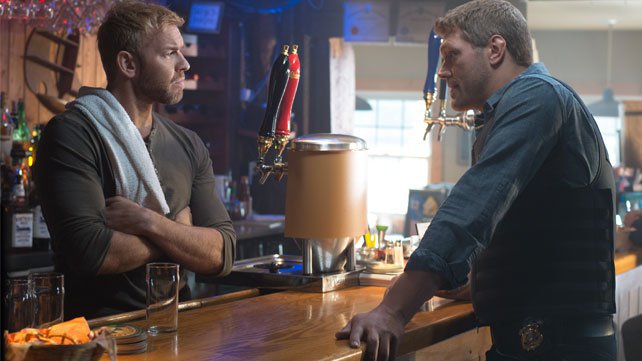 WWE Superstar Christian (Jay Reso), will reunite with his lifelong friend and former tag team partner WWE Hall of Famer Edge (Adam Copeland), for a recurring guest arc on Syfy’s fan-favorite series “Haven,” which airs Fridays at 7 p.m. ET/PT. Christian will appear in an all-new episode airing Nov. 28, and will reprise the role for two additional episodes airing later in 2015.

Life imitates art with Christian portraying McHugh, one of Dwight’s (Edge) oldest and closest friends.  McHugh is smart, with ice water for blood, hammers for fists and a dogged sense of loyalty. McHugh and Dwight served as Army Rangers together, as well as members of The Guard. But McHugh left this life for a simpler one, determined to remain out of the line of fire. Dwight knows he could use the help of his fierce friend, but respects McHugh’s desire to live under the radar.

When Dwight finds himself in a romantic conundrum in the episode “Chemistry,” McHugh is the first one Dwight turns to. McHugh counsels Dwight through the challenge, while also considering joining forces with his old friend to once again defend the town of Haven, Maine.

Haven, based on the novella The Colorado Kid from renowned author Stephen King, follows former FBI agent Audrey Parker, who becomes a cop in the small town of Haven, Maine, and soon discovers the town’s many secrets, which also hold the key to unlocking the mysteries of her lost past.