What is the scariest thing about this shark clip? - QI: Series O Episode 3 Preview - BBC Two

The lifecycle of a QI script

It begins in early December, when about twelve Elves crawl up from their swamps or down from their tree houses to make their annual migration to QIHQ, Covent Garden, London.

‘QI Elves’ is the name for those of us who do the research for the TV series, QI.

There’s a recurring debate amongst us along the lines of:

Elf 1: Must we be called ‘Elves’? Can’t we be called something with a bit more street cred, like ‘QI bandits’ or ‘Q-idols’? How about ‘QI Groove-dogs’?

Elf 2: It’s that kind of question that demonstrates why our quest for street cred is a lost cause. Besides, Elves of the past used to be blamed for stolen babies and tangled hair so we should count ourselves lucky we live in more enlightened times.

Each series of QI is themed by letter, and this year we were looking into everything beginning with ‘N’. The first research meeting of the season involves us shouting random words at each other that start with that letter in the hope of identifying some topics to get our teeth into. 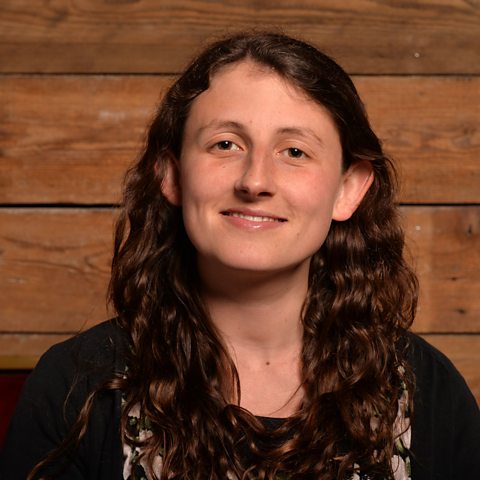 My mind usually goes completely blank and I find the only N-words I can name are unhelpfully specific like ‘narwhal’ or completely made up ones like ‘nontroversy’. 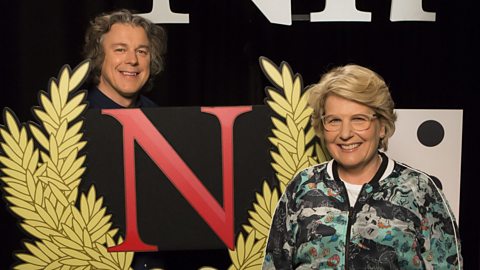 Someone makes the obligatory rude-episode-title suggestion. Nuts and Knobs – with the joke being that ‘knobs’ doesn’t actually start with an ‘N’?

Doesn’t really qualify as a joke. And what if some of our viewers aren’t 12-year-old boys? We park the idea for the time being.

Our producer Piers Fletcher, known as Flashy, illegibly scribbles the promising subject suggestions – nautical, night-time, nature, noise etc. - onto a flip-board, then that page is promptly turned over and never consulted again. All told, it isn’t an especially elegant way to start, but then the moment of conception rarely is.

The series progresses from embryonic to larval stage over the next few weeks as we post research on our internal online forums. We respond to each other’s posts with enthusiastic approval, further research on the subject or unhelpful quips, e.g. under ‘Nutrition’:

Eggshaped: Our ancestors who ate raw meat and vegetables averaged 2 million more chews per year than those who ate cooked and chopped food. Source

When researching, we’re all guided by the heavenly light that is the QI Philosophy, but we each have different methods and styles, some of which are here.

At our weekly meetings, we gorge on biscuits, drink dangerous amounts of tea and discuss the material that’s come up on the forums to determine whether it would be funny and interesting in a panel show context. To this end, we try to guess what jokes the panellists might make about a certain topic, which is usually a fruitless endeavour because if we knew that, we’d all be comedians ourselves.

It’s an exciting period though, because it yields fascinating new discoveries on a daily basis. Like the fact that Niagara Falls gets periodically switched off for maintenance (courtesy of Dusty); or that the first napkins were made of bread (courtesy of Hunter); or that the Nazis never called themselves Nazis (courtesy of eggshaped) – and why would they, I suppose? The name’s got some pretty negative connotations, after all.

In March, we hog a couple of subjects each that we’ll turn into episode scripts, then we raid the forums, steal the best material from them and figure out how to crowbar it under our chosen heading. The ‘scripts’ that we write are actually a series of questions, followed by research notes on those questions, rather than actual, verbatim scripts. QI is genuinely a completely unscripted show, aside from the wording of the questions. 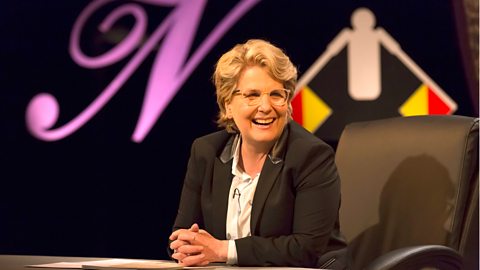 Sandi is unfeasibly lovely at all times

When scripts have materialised, they hot-foot it to Flashy and John Lloyd – Elf spiritual guide and creator of afore-mentioned QI Philosophy – who beat them into some sort of acceptable shape. After that they’re bound for our new host, Sandi Toksvig, who insists on working harder than everyone, coming into the office to help whenever she can and being unfeasibly lovely at all times. She contributes a huge amount to the scripts when they get to her, drawn from her own endless reserves of knowledge and wit. Between them, John and Sandi transform our research into something resembling a QI episode.

When all of this is done, the series is at full maturity and there’s nothing left to do but take it to its debutante ball and show it off on the dance floor – aka the ITV recording studios in London (but we’re the BBC! – I hear you protest. I know, right? I don’t really understand it either, but apparently some BBC shows are recorded at ITV’s studios). One of Sandi’s innovations is that she likes to bring the Elf that wrote that night’s episode out onto stage so that the audience can clap, jeer and throw things at us. After that ordeal, we stock up on green room wine, retreat to the safety of the director’s box and enjoy the show – occasionally radio-ing through to Sandi with the odd bit of extra info while she records.

Just like cicadas that spend 17 years developing underground, only to emerge at the surface and die within weeks, the recording’s over in the blink of an eye. Its final moment of glory, when the edited version is broadcast on the BBC in autumn, is even more fleeting – but at least these episodes, unlike the cicadas, have the comfort of knowing that they’ll be repeatedly resurrected on Dave for all eternity.