Chris Evans's departure from Top Gear after one series isn't the BBC motoring show's only big change, and we're rather excited to see the results.

The TG team has revealed some goodies ahead of the show's return next month, including a shock horror demotion of sorts for The Stig. Surely not!

Chris Harris will now be the main man to show celebrity guests around the test track, with The Stig remaining for various challenges and setting timed laps.

Meanwhile, celebrities appearing each week will be weaved more into each episode than before, while the main set will have a different look.

Editor Alex Renton explained: "There is one obvious difference. I have worked on the show for 12 years and I have been part of Top Gear for a long time.

"When I first joined on series five, the team said series two was the one where everybody found their feet. And I think that is what we are seeing in this series – the chemistry and ambition for the films is really coming through.

"We have been all over the world with big ideas and all three presenters are coming together. We have been to some amazing countries including America, Monaco and Cuba. The scale is bigger than the last series."

"The set is also going to look quite different. We want to stay true to being in Dunsfold but we are a new show and we have new presenters. It's the feel and design of the set that will feel different." 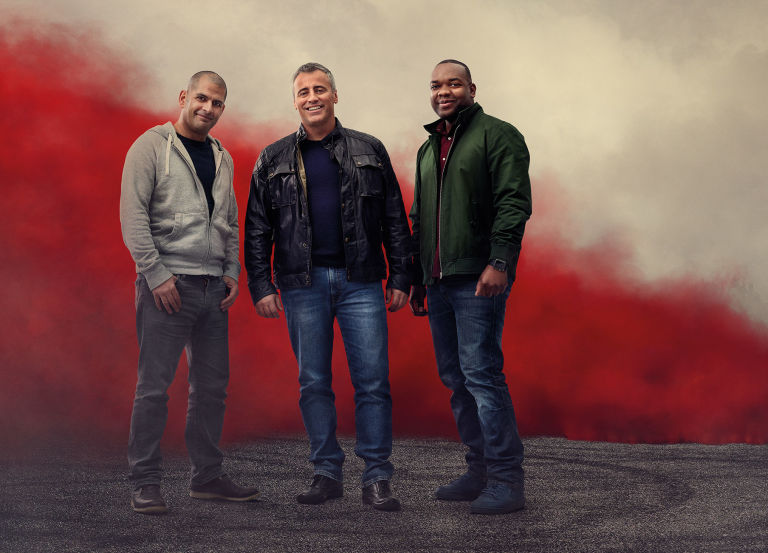 Pizey also revealed that celebrities won't just be interviewed by one presenter from now on, saying: "All three are going to be involved. We want it to be more of an ensemble rather than going 'you do that bit'. We want to be more flexible."

There will also be a new feature on the TG test track. It now has its 'Left-At-Hammerhead', described as a 'mysterious portal to a parallel dimension'. Matt LeBlanc tries it out first in an Aston Martin DB11, leading to a surprise place where he takes on Chris Harris in a very fast Mercedes.

Plus, just take a look at what to expect in the series:

The 24th series of Top Gear kicks off on Sunday, March 5 at 8pm on BBC Two.