Tom Hardy is making a very welcome return to CBeebies... on Valentine's Day

If you want to see a Tom Hardy looking less tortured, scarred and drenched in sweat - then look no further...

Due to popular demand, the actor will be making a very welcome return to CBeebies for some more 'children's' storytelling. Oh, and incidentally, it'll be aired on Valentine's Day.

The BBC shared the news on Twitter, posting a picture of Tom and the caption: "Yep. He's back. More #TomHardy!"

This prompted lots of happy responses from parents and Tom fans everywhere, who made sure to thank the Beeb profusely.

The Peaky Blinders star made his debut as a storyteller on the children's channel on New Year's Day (January 1), taking to the sofa to read You Must Bring a Hat by Simon Philip and Kate Hindley.

His beloved pet dog Woodstock accompanied him, with Tom's dulcet tones making him drift off to sleep too.

This time round, he will be reading The Cloudspotter by Tom McLaughlin.

Meanwhile, Tom has received critical acclaim for his new BBC period drama Taboo, which he stars in and co-created with his father Chips and writer-director Steven Knight. 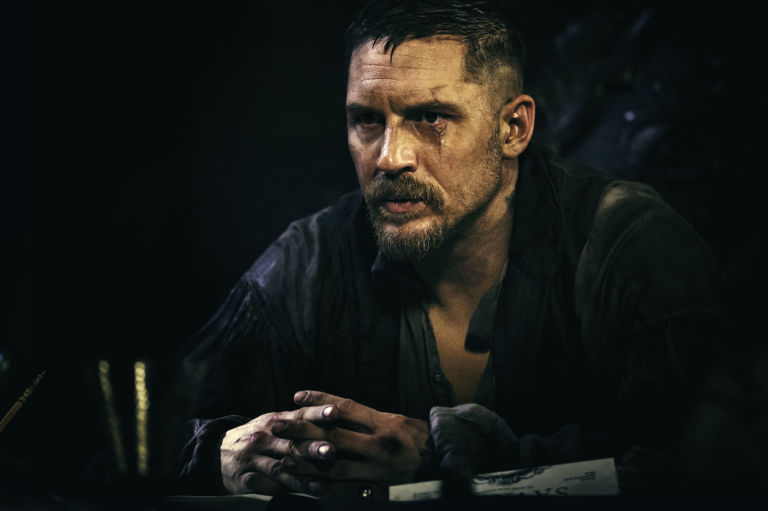 Speaking to Digital Spy recently about the show and his character, Tom said: "It came about from doing [BBC One's 2007 miniseries] Oliver Twist and playing Bill Sykes.

"To be bluntly honest, I wanted to play Bill Sykes, Sherlock Holmes, Hannibal Lecter, Heathcliff, Marlow [from Heart of Darkness]... just every classical character in one."

The eight-part series sees Tom play James Delaney, who returns to Britain from Africa in the wake of his father's death and declares war on the establishment. It's scripted by Peaky Blinders creator Knight and has Ridley Scott on board as executive producer.

Taboo continues on BBC One on Saturday night.