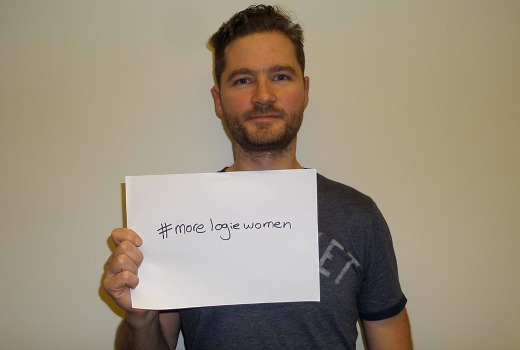 As many readers of this site would know, I have long advocated more women being inducted into the Logie Hall of Fame.

Only 1 woman has been given the honour, Ruth Cracknell, amongst 27 men.

Networks need to submit the names they would like to see inducted by early January -meaning they will now be in the thick of the decision-making process.

So it’s time to send them a subtle reminder that things need a serious shake-up.

Earlier this year TV Tonight heard from some of TV’s men about whom they thought should be inducted.

Amongst the many names submitted there were at least 5 regulars who kept cropping up: Denise Drysdale, Kerri-Anne Kennerley, Jana Wendt, Noni Hazlehust and Noeline Brown. There are many others also worth considering (where is Caroline Jones please?).

If you work at a network, kindly have a quiet word to the powers that be that this needs serious addressing.

Once the names have been forwarded to TV Week an independent jury will settle on the 2016 inductee: either male, female, or a TV show itself.

Here is a snapshot of suggestions heard earlier this year:

Charlie Pickering:
“Denise Drysdale has to be front and centre. She’s done it all and she did it better than men. And she often did the job when the men weren’t doing their job properly. She’s a fantastic, strong, wonderful woman. And surely Noeline Brown? She was hilarious. They are crying out for recognition.”

Karl Stefanovic:
“Kerri-Anne Kennerley. She’s been a force for a long time. She’s one of the best live TV personalities this country has produced. She’s sharp on her feet, has a wonderful sense of humour and most importantly, always has energy to burn. Go KAK!!! “

Shaun Micallef:
“For me it would have to be Noeline Brown. Why? Venerable, of course – but still funny and unfailingly supportive of others making their way in the industry. Her work beyond show business with the Aged is also a testament to her being a thoroughly decent person; and this in a world where talent sometimes absolves its owner of the need for selflessness. Women and men making their careers in TV could all learn from her example, professionalism and grace.”

Eddie McGuire:
“Liz Hayes. Jana Wendt. Noeline Brown. Rebecca Gibney. Tracy Grimshaw. Jane Turner. Gina Riley. Magda Szubanski. Kerri-Anne Kennerley. Denise Drysdale. Jane Kennedy. Claudia Karvan. Just as a starting point. There are so many women who have played major national roles and it is a disgrace that the gender imbalance is such. There is a degree of understanding because of the on-air gender imbalance and the times in general in the early days, but now is the time to widen the eyes and acknowledge these legendary figures of television.”

David Speers:
“Jana Wendt should definitely be there. For nearly three decades, Jana set the benchmark for reporting quality news and current affairs on Australian television through her unwavering commitment to investigative journalism and inimitable interview style – which contributed to shaping the country’s news agenda at the time. In my own career, Jana has been a source of great inspiration.”

Troy Kinne:
“Noni Hazlehurst. She was my favourite in Play School (when I was a kid) and still works today without being known as the woman off Play School. Need I say more? Magda Szubanski- every character she plays is memorable. Jane Turner / Gina Riley – they write/produce, generally create which is inspiring considering they’ve done Full Frontal, Fast Forward and STILL come up with gold.”