Tim Worner: “Some people want you to believe no-one is watching television anymore.” 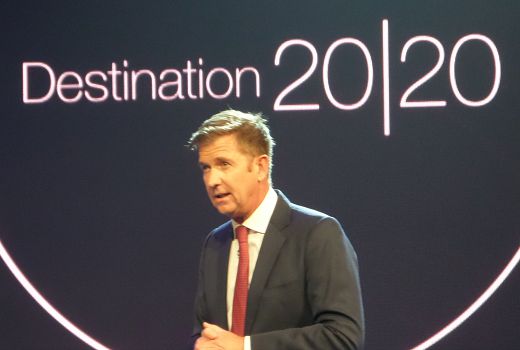 “Some people want you to believe no-one is watching television anymore.

“This is simply not the case,” Seven CEO Tim Worner told shareholders today at the Seven West Media AGM.

“This week millions of Australians have already engaged with Seven on broadcast television.

“But it does not stop there. We have extended the windowing of our content into video on demand and just last week we have gone one step further with the launch of a new service. All of our channels streamed live wherever you are.

“That sort of reach and engagement at such an enormous scale across all of these platforms is something that only companies such as ours can deliver. That will become more valuable in a fragmenting market.

“We deliver a market-leading presence in broadcast television, magazine and newspaper publishing and online. We deliver huge audiences, but at our core is our content.”

7Live is the first network to roll out all of its channels as a streaming service. The move has raised concerns amongst regional broadcasters pushing for media reform. As yet 7Live still does not prevent viewers from watching content from interstate markets, meaning viewers in Perth can watch Sydney broadcasts ahead of their linear playout.

But it also launched strongly on Melbourne Cup Day.

“We started 7 Live on the day the nation stops,” said Worner.

“In addition to the broadcast coverage averaging more than 2.9 million viewers, over 400,000 viewers accessed our new live streaming service on Melbourne Cup Day.

“This was an Australian record for the most concurrent live streams ever consumed.

“There is only one way such a sudden change in behaviour could be achieved. Through the reach and therefore the power of free-to-air television.”

Tim Worner also gave an outline of its priorities for the immediate future.

“While we maintain a prudent cost approach in our core operations, we will continue to invest in transforming our business, developing new revenue streams and investing in areas where we can create shareholder value.

“Now as I have outlined, transformation takes time. It is critical for us as a business to evolve and improve returns for shareholders.

“Our strategy driving this transformation is built around three pillars. One: Expand our ownership of content.

“Two: Maintain our leadership and grow our audiences with leading positions in video, mobile and data.

“And, three: Diversify and increase our earnings through strategic acquisitions, through building new businesses beyond television and publishing and by driving greater efficiencies through our existing activities.”