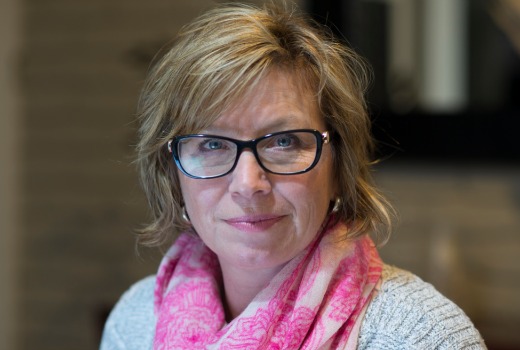 What an utterly brave woman is Rosie Batty.

For many people, the death of a child would be reason enough to become bitter, cynical and shun the rest of the world.

But when Rosie Batty fronted the media just 24 hours after the tragic death of her son, 11 year old Luke, she spoke of the need to stop domestic violence and protect children. It was the beginning of her long campaign to change community standards, and one which was necessary to ensure Luke’s death was not in vain.

The Nice House documentary was made by Louise Turley as a student at the Victorian College of the Arts in 2014. It will now air on CI Network on White Ribbon Day as an important display of advocacy. Foxtel giving airtime to this is to their credit, and a missed opportunity by Free to Air Networks.

It opens with Rosie Batty recalling that fateful day in 2013 when her ex-partner Greg Anderson would murder their son at a suburban cricket practice. She welcomed father and son having some time together, despite his erratic history. But it went so terribly wrong.

“I could see Luke out of the corner of my eye,” she recalls.

“Then I just heard this terrible sound.”

Following the dramatic prologue, we learn more about the history of Luke’s parents. Rosie recalls lacking confidence in her own life, after losing her own mother when she was just 6. But she was attracted to Anderson when they met at a Recruitment company.

Yet there were acts by Anderson, early in Luke’s life, that suggested he was unbalanced: cutting up slippers, smashing a garden bench. When Luke was only 2 his father threatened to kill Rosie if she ever prevented him from seeing his son. It was enough for an intervention order.

Later she would note, “I epitomised everything he couldn’t have.

The doco also hears from cricket coach Cameron Colvin, who was first on the scene when Anderson took to his son with a knife and bat. He recalls attending the body and calling 000.

Friend Mariette Mullavey gives insights into the challenges and changes Rosie has faced. A Luke Batty Foundation has now been established in his memory, while Rosie was named 2015 Australian of the Year.

Turley has identified an obvious documentary subject and given it context and purpose.

There are some re-enactments that give a sense of behaviour and domestic violence, without being overt or cringe-worthy.

The poise of Rosie Batty underpins the narrative of this important piece.

“I didn’t want to be one of those people who creates more anger and blame,” she says of her profound moment addressing the media.

“Family violence happens to everybody, no matter how nice your house is, how intelligent you are, it happens to anyone and everyone.”

Are viewers really better off under the ...