Australian Shows, Reviews, Slider
by The King Himself

It's been 12 months since we last saw the Moody family. Maree and Kevin have sold the house, outraging Sean; Dan and Cora have returned home from the UK, and Uncle Terry is throwing an Australia Day BBQ.... 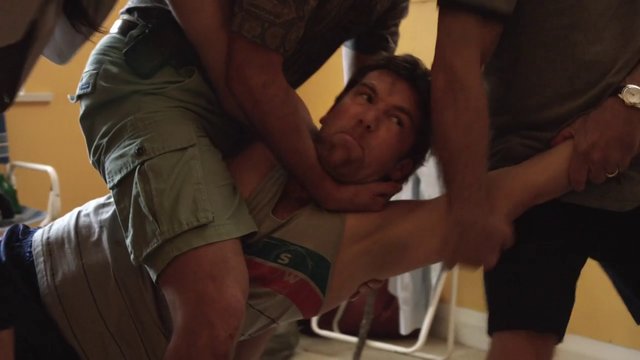 The Moodys have sold their house, but Sean  doesn't want go. The new owners are moving in the next day.

The Moodys are setting up at the beach for Australia Day. Sean, while tying the Australian flag as a cape over an Australian t-shirt, tells Dan that he is going to get drunk.

Uncle Terry has an argument with an Indigenous man about who has claim to the picnic area went on far too long and became increasingly uncomfortable and not in an awkward comedy way but becoming rather disrespectful.

Cora‘s father is not a fan of Dan, and wants her back with Hayden. Then they see Hayden dive from a yacht into the ocean and swim to the beach . His personality has changed, and now he is a free-spirit with no harsh feelings towards Dan or Cora.

Dan and Sean spend one more night in the home, and wake up to the demolition of the first wall right where they were sleeping! They barely escape the home before it gets completely demolished, and Sean didn't take it well.