The Grand Tour headstones arrive in Sydney ….ahead of a full series launch

Giant headstones of Jeremy Clarkson, James May and Richard Hammond have arrived in Sydney fuelling speculation that The Grand Tour presenters could be Australia-bound ….with confirmation that a full series launch is also due.

First seen leaving a boat at White Bay, the three eight foot tall stone statues were craned onto a freight truck bearing The Grand Tour logos, before beginning a tour of Sydney, raising speculation that a colossal statue could be erected somewhere in the country. Trucks containing other body parts including Jeremy, James and Richard’s arms, legs and even crotch have also been spotted.

The series has so far seen episodes filmed in the US, UK and South Africa with The Netherlands, Finland, Germany and Dubai to follow.

While the show has so far only been accessible streaming Amazon from the US, an official tweet will further speculation that Amazon could launch a full streaming service in Australia. 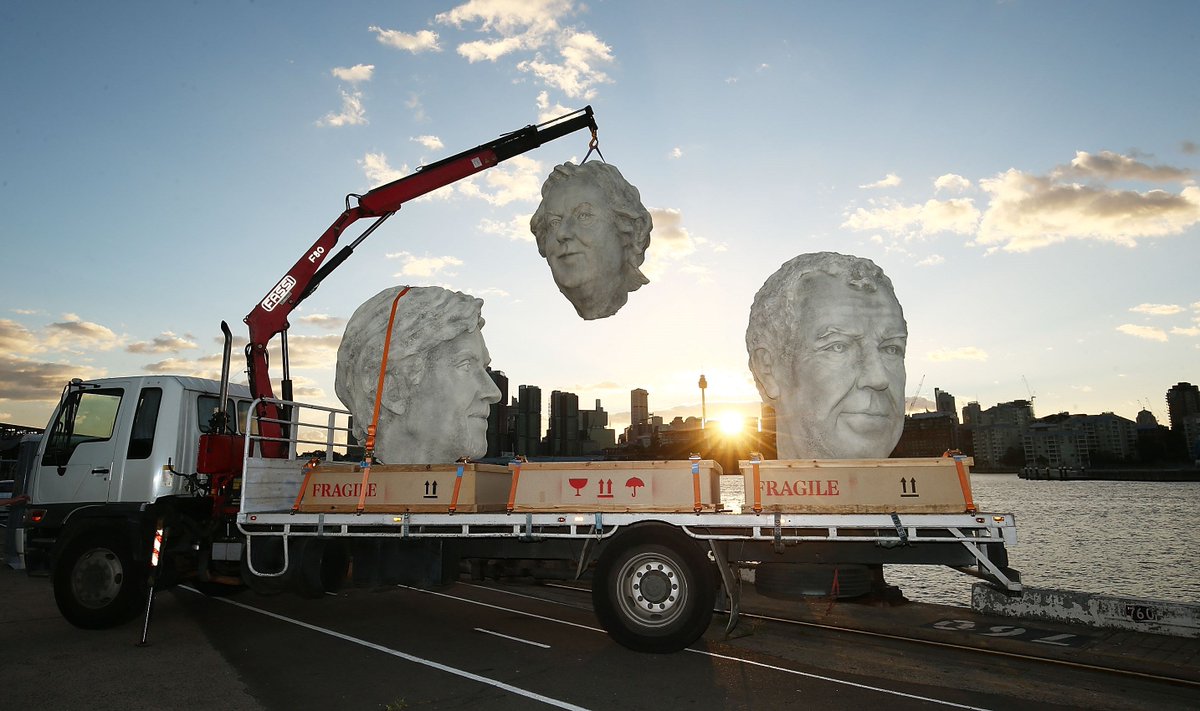 Turns out the Space Needle didn't quite work out... statues diverted to a country where the show will launch very soon.

An Amazon spokesperson said, “As announced by Jeremy, Richard and James in November we will be launching the show globally which means you will be able to watch The Grand Tour in over 200 countries and territories very soon in December.”

TagsThe Grand Tour headstones arrive in Sydney ….ahead of a full series launch

Nine to extend Hot Seat to one ...