The Flash star Candice Patton confirms the show wrapped production on season 3. The Flash returns to The CW next week, and fans cannot wait to see how the final five episodes of this season pan out. Barry Allen (Grant Gustin) is heading into the future to see if he can discover Savitar’s identity and save Iris (Candice Patton). Cisco (Carlos Valdes) and Julian (Tom Felton) are trying to save Caitlin (Danielle Panabaker) from herself as Killer Frost, and everybody else is simply trying to survive another big bad.

At the moment, there is still a lot of speculation about how the season will end, even though there are only five episodes remaining. Some set photos seem to suggest that there will be at least one big death before the season ends, but there is no confirmation that this is the case or who it might be. Savitar’s identity remains the biggest secret, however, and is being billed as a huge surprise for viewers. Not for the cast, however, as the show has now finished filming, making them the only ones to know exactly how the Savitar story ends.

The end of production was confirmed today in a tweet from Candice Patton, featuring a photo of her in front of a red wall and yellow lightning bolt. The tweet is captioned: “Today’s a Season 3 wrap for me on The Flash!” 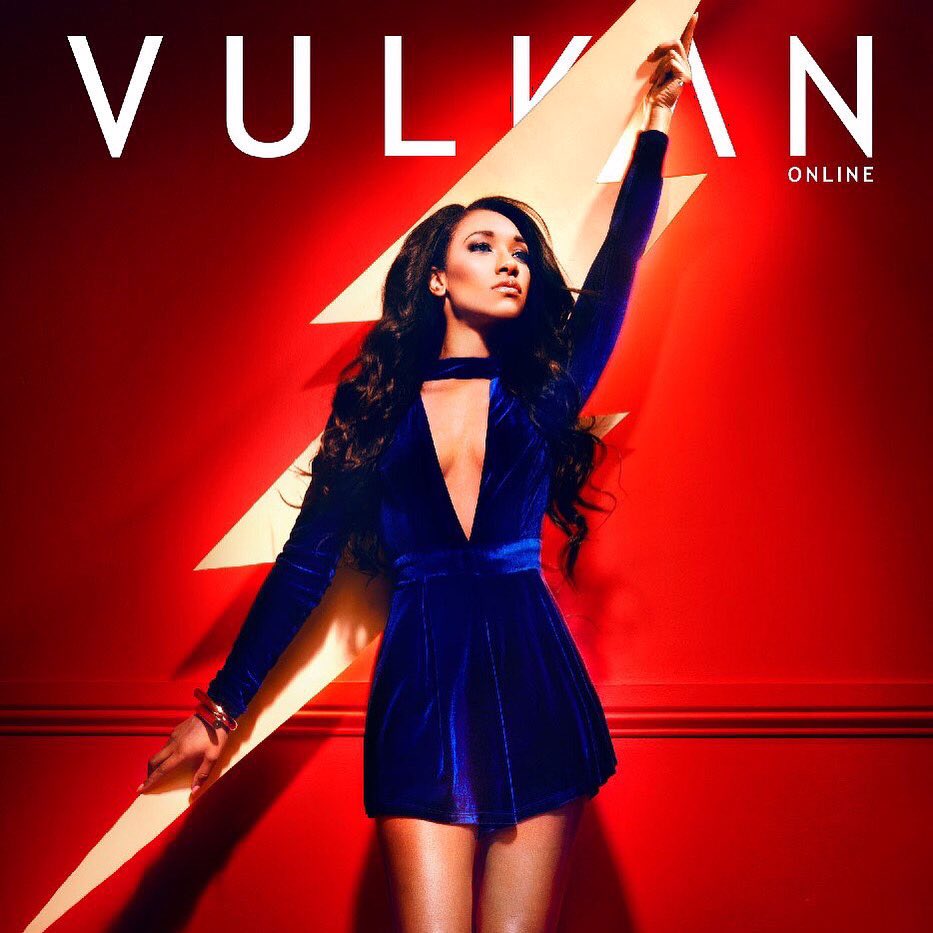 Today's a Season 3 wrap for me on The Flash!

The photo featured in the tweet is from a new photoshoot/interview with Vulkan magazine, also released today. The background is an obvious reference to The Flash’s emblem, with the red wall and yellow lightning bolt matching his costume and insignia. The dress is for the shoot, and isn’t seen on the series.

This announcement doesn’t come as too much of a surprise, as the show is usually filming a few weeks ahead of the episode currently airing, in order to give the VFX and editing team enough time to turn that raw footage into the polished episodes that fans have come to expect. With only five episodes left of the series, it was bound to wrap around this time. It’s likely that this also means Arrow and Supergirl will be wrapping within the next few days, as the interconnected shows film on approximately the same schedule.

Of course, this tweet technically only confirms that Candice Patton has finished filming, so there could be a few scenes left to complete that do not include Iris, but it’s more likely that this is a wrap for the production as a whole. Patton has nothing else in the works at the moment, so she’s undoubtedly looking forward to a few months off, before The Flash cast gets back together to start work on season 4 – that is, of course, if Team Flash is able to save Iris West from Savitar.

The Flash returns with ‘The Once and Future Flash’ on Tuesday, April 25 at 8pm on The CW.