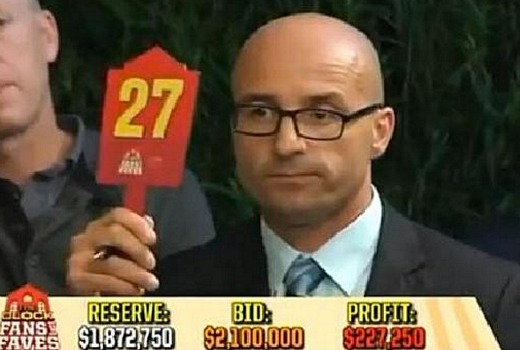 Real estate agent Frank Valentic, who appeared as a buyer’s advocate in 2015 episodes of The Block, was fined and suspended last week in the Victorian Civil and Administrative Tribunal, over his dealings with a group of apartment buyers.

VCAT earlier heard orders containing details of Valentic’s reprimand, suspension and penalties were agreed by consent but were not disclosed in the hearing.

The tribunal previously heard Valentic and his company Advantage Property Consulting agreed to buy four apartments and then on-sell each to a different purchaser. Domain reports it was a complaint by one of these buyers that triggered the investigation by Consumer Affairs. Senior member Robert Davis told the tribunal on Thursday he accepted the property deal “wasn’t a rip-off scheme” and that Mr Valentic did not make huge money out of it.

“We have learnt from these proceedings and will be working with Consumer Affairs Victoria to implement changes to our compliance programs and processes to ensure this won’t happen again,” Valentic said.

Last year he was one of one of three buyer’s advocates added to the Nine show to give feedback to Block contestants.

Game of Thrones: Everyone Is Pretty Bummed ...

John Barrowman: “There should have been more ...