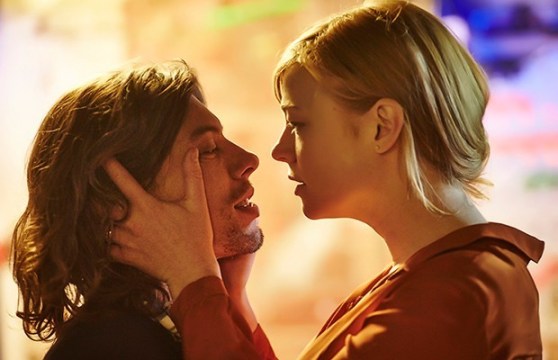 THE BEAUTIFUL LIE (ABC TV): TOLSTOY GETS THE OFFSPRING TREATMENT

There’s one integral aspect of the ABC’s new six-part drama The Beautiful Lie which is not obvious in its promos: it’s essentially a comedy. Or at least by late 19th century Russian standards, when Chekhov, Gogol and Gorky were focused on the foibles and ennui of Russia’s upper classes. It’s not going to trigger a laugh a minute, but this infidelity drama follows an almost Chekhovian template where tragedy and comedy work in concert.

Penned by Alice Bell and Jonathan Gavin, the series is based on Tolstoy’s Anna Karenina. The action has been moved to Melbourne today, with Russia’s aristocracy replaced by Australia’s own version of aristocracy: our former sporting legends.

Sarah Snook stars as Anna Ivin (Karenina in Tolstoy’s novel), a recently-retired tennis champion, married to Xander (played by Rodger Corser), another retired tennis champion and one of the nation’s favourite sporting heroes. Things between the pair seem quite comfortable and relatively happy, but when she meets Skeet du Pont (Benedict Samuel) at an airport, there’s an immediate spark she hasn’t felt in years. When Anna and Skeet witness a horrific accident together, a bond forms which pushes Anna to reevaluate her life choices and relationship with Xander.

The series is produced by John Edwards and Imogen Banks, the team behind Offspring, and while there’s a slick aesthetic similarity, these are two very different series, bound to attract quite different audiences.

Snook delivers a solid performance, Corser is powerful and Samuel fascinates with his urban, metro hipster vibe. But it’s the supporting cast who will win over the viewers. While there’s little that’s new in the central love triangle, the relationship dramas around the edges — both of the elites and the not-so elites — are charmingly quirky.

There are some excellent performances from comedian Celia Pacquola, who’s adding more crayons to her box with a more “serious” acting role after Utopia, Sophie Lowe, and Gina Riley as the wealthy, inner-suburbs mother.

There’s one brilliant scene in which the young, privileged Kitty (Sophie Lowe) has just been abandoned by her fiancee at their engagement party. She sits alone on her kitchen floor, surrounded by food scraps, stuffing her engagement cake into her mouth with her hands. We later find out that she suffers from an eating disorder, but it’s a sharply observed moment of comedy. Her mother, Catherine (Gina Riley) enters the kitchen, discovering Kitty, who says, “cake?” Catherine responds, “there’s nothing funny about this.”

There are occasional tonal imbalances, but that’s not surprising given how rare this style of storytelling is on the Australian small screen and how difficult the elements are to balance — this is not like Offspring, where sincerity throws forward awkward laughs, this is a beast with tragically existential undertones which are unavoidably humorous.

But this is a very slick and well-acted production, even with the occasional bumps in the script. This review is only based upon the first three episodes which were available to preview at the time of writing, but knowing the inevitable conclusion gives the show a contained quality. Even when it dwells in awkward silences or the deliberately spare writing, there’s a tension and a momentum which should keep viewers engrossed across the whole series.

The Beautiful Lie begins on Sunday, October 18 at 8.30pm on ABC TV