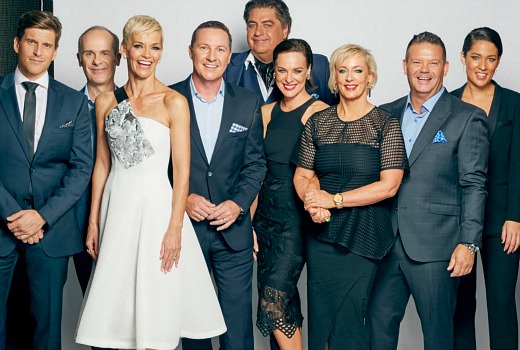 TEN has launched its 2016 highlights, building on its momentum of 2015.

Amongst its new announcements at an event held at The Star in Sydney:

They join previous announcements of Offspring, Brock and returning titles including Shark Tank, I’m A Celebrity Get Me Out of Here!, Gogglebox, The Great Australian Spelling Bee, The Bachelor and The Bachelorette.

TEN Chief Programming Officer, Beverley McGarvey, said: “Content that lives on all screens is at the heart of our business. In 2016 we will continue to introduce innovative, contemporary content with mass appeal that our viewers can engage with in multiple ways on numerous platforms.

“For several years now, our strategy has been to encourage people to enjoy our content anywhere, at any time and on any device. That will remain our mantra in 2016. It is television as it should be, with our viewers being able to watch our great content whenever they want, wherever they are and however they want.

“Our other new shows including Long Lost Family, All Star Family Feud and I’m A Celebrity… Get Me Out Of Here! Now will offer viewers even more innovative and engaging entertainment.

“Plus we are delighted to welcome to Network TEN such stars as Nigella Lawson, Anh Do and Jessica Marais,” she said.

TEN Chief Executive Officer, Paul Anderson, said the strong 2016 program line-up and the rapid expansion of tenplay highlighted the company’s commitment to giving viewers great television content how, when and where they want it.

“Tenplay is now on 12 different distribution platforms, more than any other free-to-air television online catch-up and streaming service. No other online television service makes it as easy for people to access content,” he said.

“People will always want great television content and this year they have responded strongly to the content we delivered to them.

“Maintaining our momentum across all platforms is a key priority for 2016 and we have the content and the delivery channels to achieve that.”

Absent from the Upfronts was any mention of TBL Families but trainers and host were in attendance. 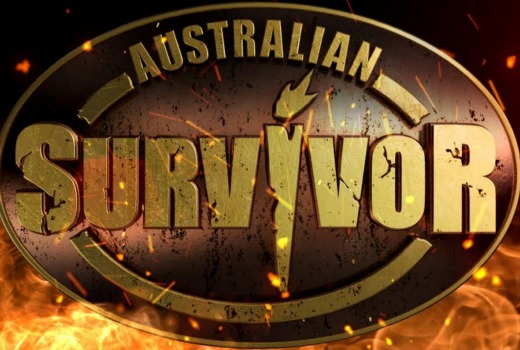 Australian Survivor
Part docu-soap, part competition, part human drama, Survivor is the world’s most talked- about television program. It is the show that launched the mainstream reality genre of television programming and it continues to be the centrepiece of broadcasting schedules around the world. Coming to TEN and tenplay in 2016, Australian Survivor will be set on a remote tropical island overseas. Produced by Endemol Shine Australia in association with format creator Castaway Television Productions, Australian Survivor will be big, noisy and exciting family entertainment across all of Network Ten’s media platforms.

Long Lost Family
Hosted by Anh Do and Chrissie Swan, Long Lost Family is an uplifting factual series that reunites mothers, fathers, daughters, sisters and brothers after years of separation. Moving and real, Long Lost Family will take viewers through the complex, emotional and often painful process of reuniting people who have been lost to each other, sometimes for decades. This extraordinary new series is based on the highly successful, award-winning UK format and will be produced by WTFN.

The Wrong Girl
From production company Playmaker Media, the maker of House Husbands, The Code and Love Child, and from the writers of The Secret Life Of Us comes the story of Lily, the producer of a successful cooking segment on a daily morning television show. Lily and her flatmate Simone are taking a sabbatical from men, but Lily falls in love with Jack, the show’s gorgeous new chef. Based on the best-selling book by Zoe Foster Blake, The Wrong Girl stars Jessica Marais (Love Child, Carlotta, Packed To The Rafters) as Lily and a stellar supporting cast.

Brock
A champion on the racetrack and a hero to generations of Australians, Peter Brock was loved and admired by many. But his life off the track was complicated and controversial. The King of the Mountain’s story will be the television drama event of the year. The title role will be played by one of Australia’s finest actors, Matthew Le Nevez (Offspring, The Society Murders), with an outstanding supporting cast that includes Steve Bisley, Natalie Bassingthwaighte, Brendan Cowell and Ella Scott Lynch. Brock is created by the team behind INXS: Never Tear Us Apart and Peter Allen: Not The Boy Next Door and produced by Endemol Shine Australia.

All Star Family Feud
It is Australia’s most popular game show, delighting viewers six nights a week. Now Network Ten is giving viewers more fun, more laughs and more family entertainment with All Star Family Feud. Hosted by Grant Denyer, the new series will run in addition to the regular Family Feud and will feature everyone from politicians and pop stars to football players and fashion icons competing for cash prizes for their favourite charities. All Star Family Feud will be produced by FremantleMedia. 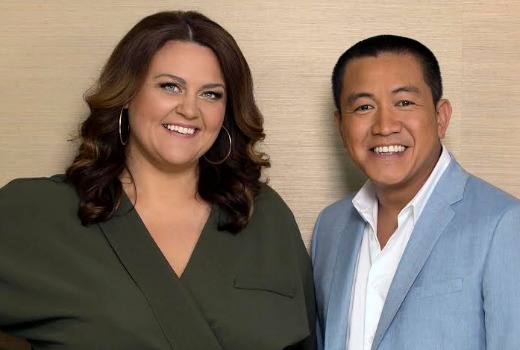 The eighth season of MasterChef Australia will bring more amazing food, remarkable stories, inspirational contestants and incredible results. George Calombaris, Gary Mehigan and Matt Preston are back in the kitchen, helping our contestants turn their dreams into reality. Joining them are mentor Shannon Bennett, plus guest chefs including Marco Pierre White, Heston Blumenthal and the incomparable Nigella Lawson.

Next year brings the highly anticipated return of Offspring for a sixth season. Asher Keddie will reprise her award-winning role of Nina Proudman in this much-loved, iconic and ground- breaking local drama series. Joining Asher will be Kat Stewart and the rest of the cast. The new season of Offspring will be a major television event, as the story of Nina and her unpredictable, messy and often hilarious life continues to unfold.

After reaching new heights of popularity this year, the television, online and social media sensation that is The Bachelor Australia will be back in 2016, with a brand new Bachelor and a new group of Bachelorettes looking for love, all under the watchful eye of host Osher Günsberg.

Also returning for their second seasons in 2016 are Shark Tank – with Steve Baxter, Janine Allis, Andrew Banks, Naomi Simson and a brand new Shark, Dr Glen Richards – and the show families around the country fell in love with this year, The Great Australian Spelling Bee, with Grant Denyer and Chrissie Swan.

Gogglebox captured Australia’s attention and imagination during its first two seasons this year. The Goggleboxers will be back in 2016 to pass judgement on the good, the bad, the ugly and the bizarre on television each week.

The inaugural season of The Bachelorette Australia produced big numbers and a huge reaction across television, social media and the internet. The hit show is coming back, giving a new Bachelorette the chance to find love with one of Australia’s most eligible bachelors.

TV Week Gold Logie Award winner Carrie Bickmore, Waleed Aly and Peter Helliar will be back atThe Project desk in 2016 – delivering news and entertainment in their innovative, unique and highly informative way – while Grant Denyer will keep the country laughing and guessing the right (and wrong) answers in Australia’s #1 game show, Family Feud.

Fans of Have You Been Paying Attention? will not be disappointed in 2016: after increasing its audience significantly this year, the sharp, funny series will return with quiz master Tom Gleisner, regulars Sam Pang and Ed Kavalee, and a revolving cast that includes some of Australia’s funniest people. 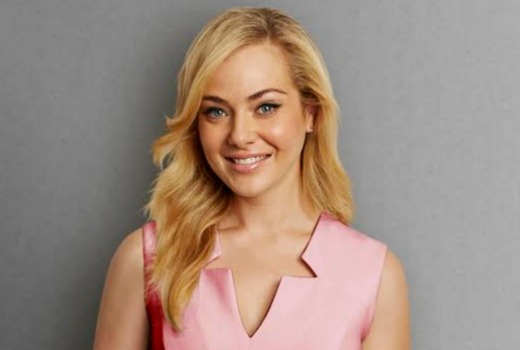 The X Files
It was a brand-defining series for Network Ten in the 1990s and now The X Files is coming home, complete with David Duchovny as Fox Mulder and Gillian Anderson as Dana Scully. The six-part television event has been developed by series creator Chris Carter, who promises it will deliver “fresh, new material” while at the same time taking viewers “back to the Mulder and Scully we were so familiar with”. New cast members in the hotly anticipated revival include Robbie Amell and Joel McHale.

American Crime Story
It does not launch in the US until February 2016, but American Crime Story is already one of the most talked-about new television series of the year, thanks, in part, to an outstanding cast that includes John Travolta (Grease, Pulp Fiction), Cuba Gooding Jr (Jerry Maguire), David Schwimmer (Friends), Nathan Lane (The Birdcage), Selma Blair (Cruel Intentions), Malcolm Jamal-Warner (The Cosby Show) and Evan Handler (Sex and the City). The first season of this gripping new series will focus on the murder trial of O.J. Simpson.

Life In Pieces
A smart new comedy, Life In Pieces is an irreverent look at family dynamics from multi- generational points of view. One family, four stories, all of which tie together in the end. In short, it is about life, in pieces. Already picked up for a full season in the US, Life In Pieces stars Academy Award winner Dianne Wiest (Hannah and Her Sisters, Bullets Over Broadway), Hollywood legend James Brolin (Marcus Welby, M.D., Hotel), Colin Hanks (Fargo, Dexter), Thomas Sadoski (The Newsroom) and Betsy Brandt (Breaking Bad).

The Grinder
Screen Actors Guild Award winner Rob Lowe (The West Wing, Brothers & Sisters) stars as a famous actor whose long-running television series, in which he played a lawyer, is cancelled. Convinced acting as a lawyer qualifies him as a real lawyer, he returns to his hometown and joins his family’s law firm. The Grinder, which has received a full season order in the US, co- stars Fred Savage (The Wonder Years) and William Devane (24, Knots Landing).

From the UK comes The Graham Norton Show – the award-winning chat show that always delivers the best and biggest guests – plus new series and specials from Jamie Oliver and Sir David Attenborough.

Network Ten’s big year of sport starts on December 17, with the first match in the 2015-16 KFC Big Bash League. With 35 matches in just 39 days, including four double headers, this summer’s Big Bash League will be the most exciting, competitive and action-packed season yet.

All 35 matches will be broadcast live and free into all states on TEN or ONE, and each of the eight clubs will play in four home and four away matches around the country. The competition will feature some of the best players in the world and the best hosting and commentary team on television, led by Mel McLaughlin and Adam Gilchrist AM, and including Ricky Ponting AO, Mark Waugh AM, Damien Fleming, Andrew “Freddie” Flintoff, Kevin Pietersen, Mark Howard and Andy Maher.

Network Ten will also broadcast eight matches of the 2015-16 season of the inaugural Women’s Big Bash League, including the Final, live and free on ONE. The coverage will be hosted by Andy Maher, with commentators Lisa Sthalekar and Mel Jones.

As the home of big event motorsport, Network Ten will bring viewers the best and most exciting events from Australia and around the world.

Presented by a team that includes Matt White, former Formula One world champion Alan Jones, Mark Larkham, Rick Kelly and Daryl Beattie, the motorsport line-up covers the beloved magazine show RPM, the biggest V8 Supercars events – including the Supercheap Auto Bathurst 1000 – the Australian Formula One Grand Prix and other key Formula One races, and the best MotoGPraces, including Phillip Island.

A strong line-up of local and international hits will dominate ELEVEN and ONE in 2016, as the channels continue to strengthen their positions in their respective core target markets of 13 to 29s and men aged 25 and older.

Other local productions on ELEVEN include the increasingly popular music and movie show The Loop, Couch Time and I’m A Celebrity… Get Me Out Of Here! Now.

In 2016, ONE will bring viewers the best of Formula One and MotoGP races from around the world, plus the ANZ Championship Netball and eight matches of the 2015-16 season of the inaugural Women’s Big Bash League.