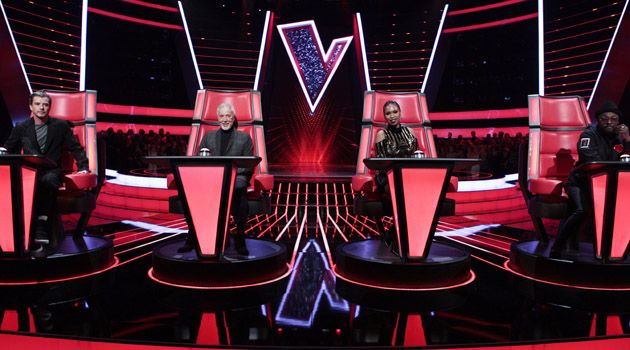 The coaches for The Voice UK have taken their places in the show’s famous red chairs as they kick off their televised search for the country’s finest singers.

Returning coaches Sir Tom Jones and will.i.am are joined by newcomers Jennifer Hudson and Gavin Rossdale as the talent programme makes its move to ITV from the BBC.

Sir Tom previously slammed the BBC for firing him in 2015 and has admitted he is glad to be back on the panel for the new series.

The singing veteran said: “I’m looking forward to returning to my big red chair on The Voice UK.

“I had some great times on the show and I can’t wait to again discover and help some brand new talent. And of course be back with my pal will.i.am.”

Oscar-winning actress and singer Jennifer and rock star Gavin have had their first taste of The Voice UK’s blind auditions as the process began in Manchester on Wednesday.

Over the next five days the star-studded coaching line-up will be hard at work as they search for the UK’s best vocalists.

The winner of The Voice UK, which screens in 2017, will win a life-changing record deal with Polydor Records.