Home›U.K. Shows›Sherlock's return beat pretty much every other show over Christmas and New Year with 8.1m viewers

Sherlock returned with a bang last night (January 1), and it looks like a LOT of you were watching it.

In fact, more people saw the series four opener 'The Six Thatchers' than any other show this Christmas period - barring the New Year's Eve fireworks, which pulled in 11.6 million.

The episode had an average audience of 8.1 million, ahead of the Queen's Christmas message with 7.7 million people, according to the BBC.

However, the new episode was slightly below last year's New Year's Day Sherlock special, which had 8.4 million. 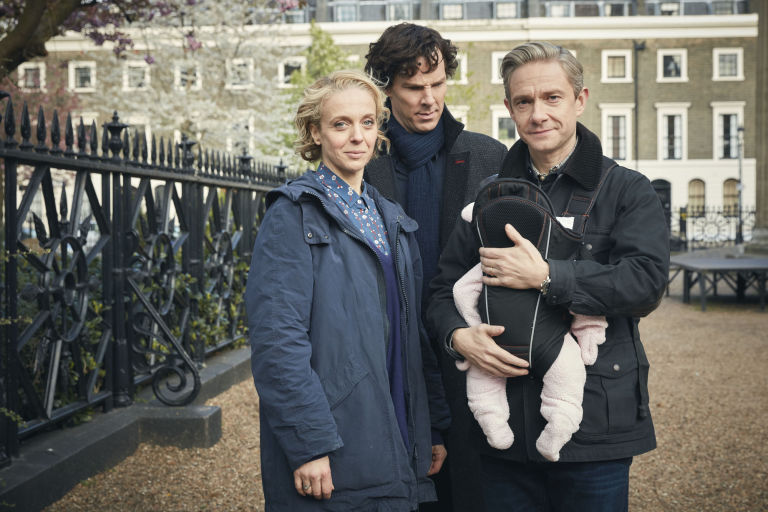 Mrs Brown's Boys was another big hit on Sunday night, viewed by an estimated 6.7 million, ahead of EastEnders' dramatic Ronnie and Roxy deaths at 6 million. Coronation Street drew in slightly more than EastEnders with 6.2 million.

Last night's Sherlock saw plenty of surprises, including a glaring web-orientated blooper that was spotted by a fan.

However, while we are yet to see Toby Jones's villain Culverton Smith, he was teased in a blink-and-you'll-miss-it Easter Egg.

Star Martin Freeman has also hinted that Smith could be "even more creepy than Moriarty" - yikes!

It also looks like the series is going to get very dark indeed, star Benedict Cumberbatch revealing that the characters "kind of go to hell and back this time".

Sherlock continues on BBC One on Sunday, January 8 at 9pm.