Even Holmes is looking forward to Rosamund's arrival.

Sherlock will have to contend with one of his biggest challenges yet in the new series - a baby.

John and Mary Watson's new arrival Rosamund makes her debut in the latest episodes, and according to the show's stars in a new featurette, it looks like even the antisocial sleuth is secretly excited.

"The impending baby is something they are looking forward to a lot - including Sherlock actually," Amanda Abbington teases. "Despite what he says."

Benedict Cumberbatch rightly points out that Holmes is "not a natural parent or figure of authority when it comes to a newborn", though notes he is deeply loving and protective.

Co-showrunner Steven Moffat recently suggested that introducing a baby will not make the series "cutesy", despite the prospect of changing diapers and endless crying.

"Sherlock is still a scary, dangerous man, John Watson's still an adrenaline junkie, Mary's still an ex-assassin - it's an extraordinary family group that this baby's being introduced to," he said. 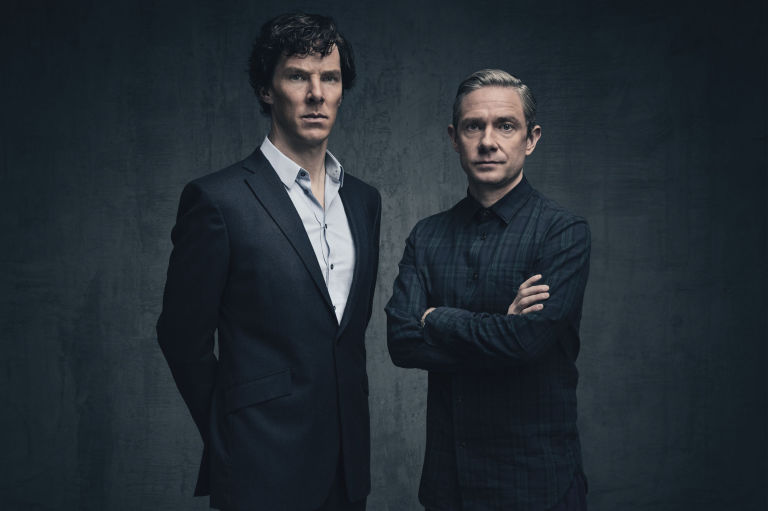 He insisted the child "doesn't get in the way" of the trio's adventures, joking: "Loads of people in the world have children - including people having amazing adventures! It's quite common. There's 8 billion of us, so it's really quite a popular pastime!"

Sherlock returns to BBC One on New Year's Day at 8.30pm, with the first of three new feature-length episodes.

However, you'd better stock up on the Kleenex as the "devastating" storylines "practically reduced [the] cast to tears".

The BBC will pay tribute to George ...