Shakira kicked off the closing ceremony for the 2014 FIFA World Cup in grand fashion.

The Colombian singer rocked the crowd with a sexy performance of the tournament's theme song, “La la la (Brazil 2014)” on Sunday morning.

Dressed in a revealing red bodysuit, the diva and judge on NBC's “The Voice” gyrated and shimmied as she performed the infectious song just before the start of the final between Germany and Argentina.

The performances were “set to a soundtrack of samba music, incorporating a cast of 400 people,” according to FIFA. 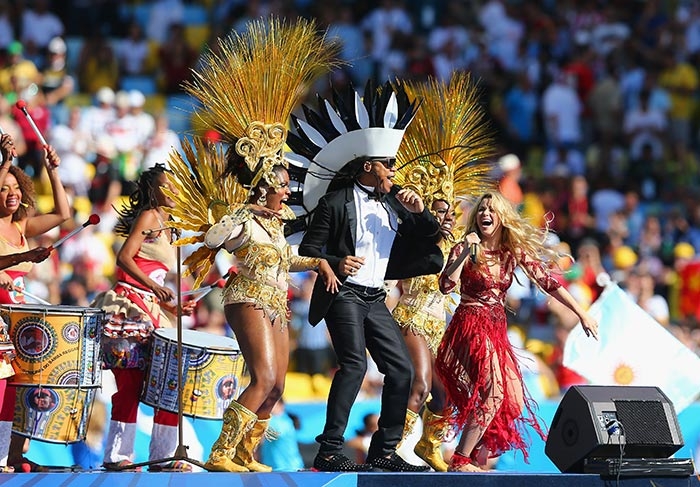