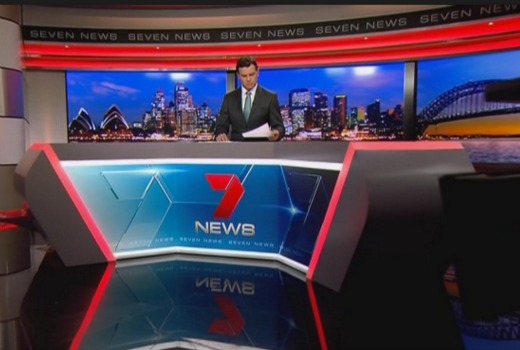 Seven Network Director of News and Public Affairs, Craig McPherson, has made sweeping changes on his first day back at Seven.

Tim Worner, CEO Seven West Media said, “After a mighty 18-year campaign, in the thick of the cut and thrust of daily news, Rob has established a body of work of which he can be very proud. He has helped identify and launch the careers of a legion of news people and leaves the Seven News teams across the nation in good shape.”

Raschke said, “For the past 18 and a half years, it’s been an honour to have worked for a proprietor like Kerry Stokes. In that time I’ve had the most amazing opportunities. I’ve covered three Olympic Games, travelled with peace keepers to East Timor and covered more state and federal elections than I thought possible. I’ve worked alongside the best of the best from reporters, producers, camera operators and editors. It’s been a fantastic ride and I’m certain there are more to come. I wish Seven News and everyone across the Network the very best.”

After 24 years with Channel Seven, Sydney Director of News Chris Willis will step aside, effective immediately.

Tim Worner said; “There is nothing in the business of television news that Chris has not dealt with. Every major news event in the last three decades has passed over Chris’s desk, his professionalism and leadership during these times places Chris in a league of his own”

Chris said; “It’s been a great privilege to work with the team of people in the Newsroom, both here in Sydney and previously in Adelaide. A highlight during the 24 years with Seven has been the six years in Sydney while we were the #1 news service. It’s also been a privilege working under the leadership of Kerry Stokes, David Leckie and most recently Tim Worner. The News team we have assembled here is one of the best in the business. I thank you all for your support and enthusiasm. I have known and worked alongside Craig McPherson for ten years, he is as straight as they come. You are in very good hands and I wish you all every success.”

Former 2UE/2GB presenter Jason Morrison has been appointed as Sydney Director of News from Monday.

“I’ve known Jason for some time,” Craig said. “He’s a born leader with a brilliant news sense. He’s Sydney from his bootstraps to his gingertop. He was an outstanding TV type before chasing multimedia glory. He’s taking over from one of the best and I’m extremely confident he’ll flourish at the helm of an extraordinarily talented and dedicated news team.”