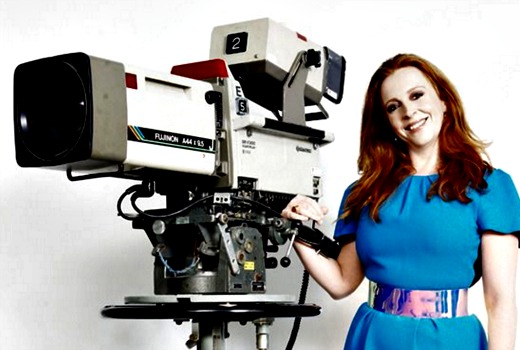 Screen Australia today announced a five point, $5 million plan over three years for Gender Matters, a suite of initiatives that address the gender imbalance within the Australian screen industry.

While the imbalance is most notable in traditional film where 32% of women working as producers, 23% as writers and only 16% as directors, initiatives will stimulate projects led by women.

“To make a real difference to women’s participation in the industry, there needs to be a holistic, integrated approach to people, projects and business infrastructure that is sustainable and self-generating. We need to support women to build a range and breadth of skills in this industry,” Screen Australia’s CEO Graeme Mason said.

“Our focus is on female led creative teams rather than individuals. We are aiming to ensure our production funding is targeted to creative teams (writer, producer, director and protagonist) that are at least 50% female by 2018 year end. While across all our funding programs we exceed this target (see graph below), production funding in film, at 29%, is well off the pace,” he said.

The five point plan includes an immediate $3 million allocation of ‘jump start’ funding to get female-led projects production-ready within two years, and a further $2 million of support for placements, distribution incentives, marketing and industry networking.

“This is a targeted and practical plan to combat gender inequality in our industry, starting from now. These trends are not unique to our industry, or Australia, but we have a responsibility to make these changes. This is not just a women’s issue, but one for all of us to address. As a federal agency and a representative of the screen sector, we must do everything we can to encourage and support the outstanding female talent in this country – both emerging and established. We have done the research, now it’s time for action,” said Ms Weir.

Screen Australia is working to combat these issues through an unprecedented call-out for women key creatives to pitch their projects and business concepts for an opportunity to secure development or seed funding.

In consultation with the Gender Matters Taskforce, Screen Australia will develop:

The Women’s Story Fund – an initiative to stimulate awareness and increase industry activity around storytelling by women, focusing on bold, original and compelling fully-formed story concepts.
Enterprise Women – business support to create industry infrastructure around women, encouraging mentorship schemes, placements, slate development, workshops, events and proposals for strategy and business development.
Attachments for Women – in circumstances where Screen Australia invests more than $500,000 in a project, attachments or reverse attachments are proposed to provide valuable production experience for women who want to break into the industry as creatives or crew.
Matched Distribution Guarantee Support of up to $300,000, to enhance the distribution and marketing of quality Australian films with significant female content, encouraging close partnership with distributors on female-driven projects.
Assessment criteria changes – to be made across Screen Australia, aimed at encouraging projects that promote gender and cultural diversity and removing the barriers faced by women who take time out of the workforce, including added consideration of Gender and Cultural Diversity in overall slate assessment.

Sue Maslin, feature film producer and member of the Gender Matters Taskforce, said, “My first credit was a film called Thanks Girls and Goodbye – ironic I think, because it was a film about female invisibility. I’ve always been interested in stories that revolve around women because I think they’re funny, dramatic, and largely untold. My vision for the future is a world where stories about women, told by women, are equally of interest to all audiences. Gender Matters will help make this happen. I look forward to 2018 and more diversity and richness on screen.”

Gender Matters is a direct response to the status of women in the screen industry, but Screen Australia recognises that there are other groups that are under-represented. In conjunction with national broadcasters, Screen Australia is working on a new benchmark study on cultural diversity in TV drama, which it expects to release in 2016.