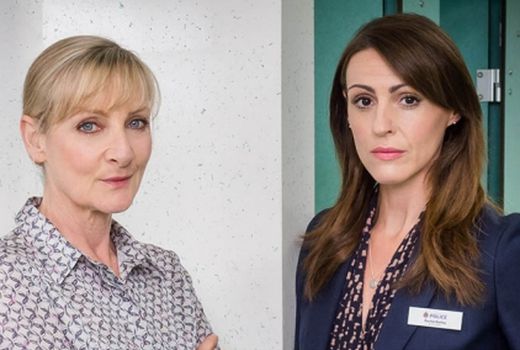 UK drama Scott & Bailey was recently renewed for a fifth season, albeit for a shorter run.

ITV has ordered three episodes, down significantly from the eight episodes, charting a single crime story described as one of the biggest and darkest cases they have ever had to face.

Suranne Jones (who will co-exec produce) and Lesley Sharp return to the titles roles while Sally Lindsay also returns as Rachel’s sister Alison.

Rachel (Suranne Jones) returns from her Vice secondment fired up and full of new ideas and initiatives. She’s gained valuable experience and really wants to make her mark as she returns to Syndicate 9’s Murder Squad. Exhilarated to step up to the plate, Rachel is exactly who Janet (Lesley Sharp) and the Squad need to move forward with a terrifying and sinister Internet crime investigation of epic scale and unrelenting horror. Using her Vice authorisation, Rachel accesses a disturbing world where people brag about committing murder and lay down the gauntlet for the next victim. A game of ruthless life or death daring develops, as Scott & Bailey investigate multiple killers with horrifying and everlasting consequences. They will be changed forever and the investigation will take a devastating toll on their private, professional and personal lives.

Writer Lee Warburton, who penned episodes for the last series will write the new episodes with writer Paul Logan for Red Production Company.

ITV by Director of Drama Commissioning Steve November said, “Scott & Bailey is a firm favourite with ITV viewers who relate to the characters’ busy professional and working lives.

“We’re thrilled Red are reuniting Suranne and Lesley to play the iconic characters so deftly created by Sally Wainwright and Red’s production team.”

The drama will be filmed in Oldham, Manchester and surrounding areas from September 2015.