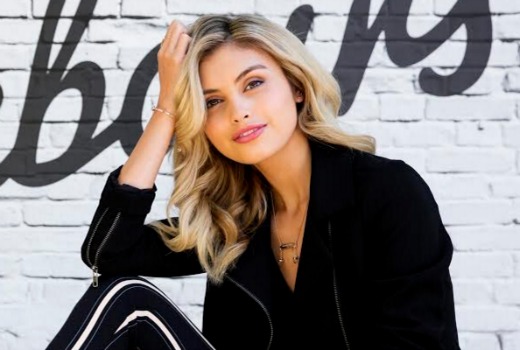 18 year old  is joining the cast of Neighbours, as Madison, the daughter of Scott and Charlene Robinson (Jason Donovan and Kylie Minogue).

Her character arrives in Erinsborough at the request of her parents to check on her brother Daniel (Tim Phillipps), who has been making some questionable life decisions. But Madison quickly finds herself caught up in family turmoil led by her uncle, Paul Robinson (Stefan Dennis).

TEN Drama Executive, Claire Tonkin, said: “It’s hard to believe it’s been so long since Scott and Charlene stole our hearts with their iconic romance. We think Sarah Ellen is the perfect choice to play their daughter and help us tell a new chapter of this story.”

Executive Producer, Jason Herbison, said: “We always knew the character of Madison would appear in the Neighbours universe at some point and I’m thrilled to have cast Sarah in the role. Sarah is an enterprising young talent with a passion for acting. I think Charlene and Scott would be very happy with our choice.”

The model and blogger has had drama coaching for several years, attended Campbelltown Performing Arts High School from 2012 to 2014 and has also completed acting courses at NIDA and JMA Entertainment.

Sarah said: “I’m really excited to be joining the cast of Neighbours to play the role of Madison Robinson. She’s feisty and adventurous, just like her on-screen mum Charlene. It’s been great fun onset so far and I can’t wait to see what my social media audience thinks of my new role.

“Acting has always been a passion of mine – I’ve been creating my own characters and content for my website and YouTube channel for years – so I feel really privileged that my first major television role is on such an iconic Australian program. It’s been a great experience to learn scripts and work with the cast and crew – everyone has been super friendly and helpful.”