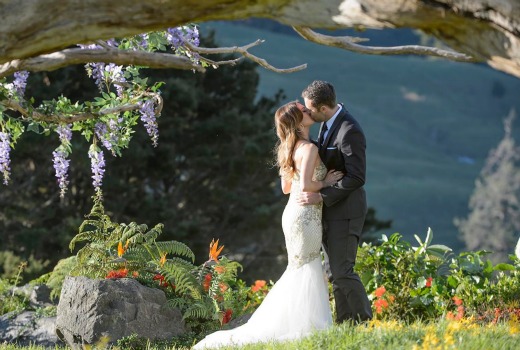 In a lavishly-staged finale in New Zealand, the jilted Bachelor winner shared her devotion to Sasha over footballer, Michael.

“I feel so blessed that you’re here and I feel so happy. I never thought I was going to find love Sash, and I love you so much,” she said.

“I truly do love you. I think you’re an amazing person and I feel so lucky to still be here with you,” he told her.

But the anticipated finale was not without controversy, with Daily Mail Australia publishing paparazzo photos of the couple, snapped by a long lens in a Pyrmont hotel.

Social media users slammed the Nine-aligned website for spoiling the winner ahead of the broadcast.

TEN even went to extraordinary lengths to seek a court injunction in the Supreme Court of NSW to remove the content, including from its social media accounts. But by then the damage had been done.

The photos could also be a breach of Privacy Laws in Australia, unless the couple consented.

TEN and producers have been known to go to drastic lengths to keep its outcome under wraps for months after filming finishes, including couples living apart and lookalikes acting as decoys for photographers.

Sam Frost, infamously dumped by Blake Garvey last year, has been  a drawcard for TEN with viewers hoping to see a fairytale ending.

“I feel like I’ve found my happy ending because I gave love another chance and I’ve really, truly found it,” she said.

Beautiful Lie “more than one kind of ...