As he gears up to host Babushka, his first prime-time game show for ITV, This Morning and Big Brother favourite Rylan Clark-Neal reveals why he'll never forget where he came from...

Big Brother’s Bit on the Side host Rylan Clark-Neal reveals all about his exciting new game show, Babushka…

“I love working with the public and contestants because that’s where I’ve come from; I still feel like I’m a contestant a lot of the time,” admitted Rylan, 28, who found fame on The X Factor in 2012. “That’s why I really want the couples on this show to walk away with the maximum amount of cash, which is £44,000, and if they play the perfect game they will.”

Each week, Babushka sees one couple – a husband and wife, two friends or a mother and daughter – given the chance to open a series of giant Russian ‘Babushka’ dolls to win big! “It’s a bit like Deal or No Deal,” said Rylan. “You don’t have to be really clever to play Babushka – you’ve just got to be lucky and know how far to push that luck!”

And it seems emotions ran very high while filming the show, as Rylan explains…

Can you tell us how Babushka actually works…
“The contestants must open up a series of giant Russian ‘Babushka’ dolls by correctly answering true or false questions. If the doll contains a cash prize, they can take a gamble on winning even more by playing on to see whether smaller dolls with bigger cash prizes are hidden inside. But if they open an empty doll or get a question wrong at any point, they lose any money they’ve banked.” 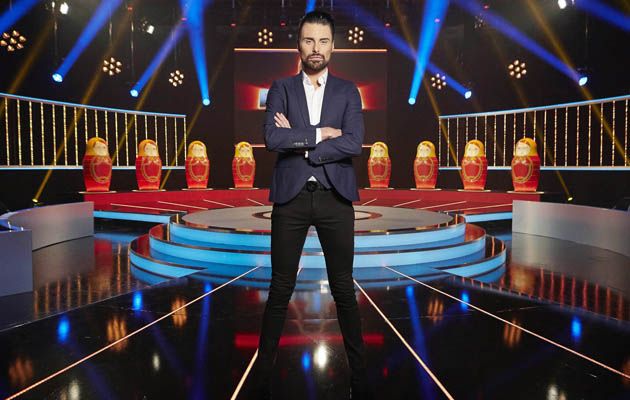 Rylan with, among others, Anastasia, Tatiana and Katya. ‘”My girls”, as I like to call them,’ says Rylan

Is that the end of the game?
“No, the couples must play eight of the 10 dolls. So a couple that loses their money may still have more dolls left to play, which means they can try and claw back some cash. It could be, though, that a couple has £22,000 in their account, but the remaining two dolls they have to play turn out to be empty – so they will end up leaving with nothing. It’s brutal.”

Do the couples ever argue?
“All the time. That’s the beauty of having two friends or a husband and wife playing. The wife might want to bank the money they’ve got and move onto the next doll, when suddenly the husband will just whack the button. The second that button’s pressed, the doll will start to open – sometimes it’s paid off, other times I thought we had split people up! When things don’t go according to plan, I’m genuinely upset for people.” 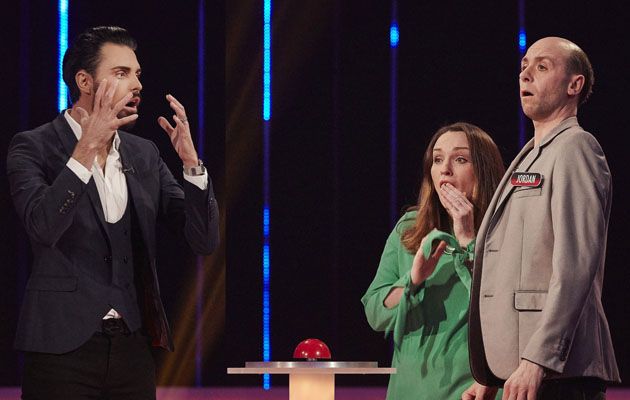 Can we expect real tears?
“Absolutely! There was one couple, a mother and daughter, and you knew that winning just £500 would change their life. That was the most gut-wrenching game for me throughout the whole series. At one point, I got so emotional, I had to stop filming to get a tissue to dry my eyes. The audience were crying, too!”

You always look so comfortable presenting – do you get nervous?
“I’ve only ever done live TV, which doesn’t scare me in the slightest. But when I do pre-recorded shows I always worry about how it’s going to be edited. When I’m doing live TV I know exactly what I’ve said, when I’ve said it and in what context and, if I mess up, I’ll admit it and probably make a joke about it. But with pre-recorded shows, if someone in the editing suite doesn’t like you, they can make you sound like you’ve said something you haven’t!” 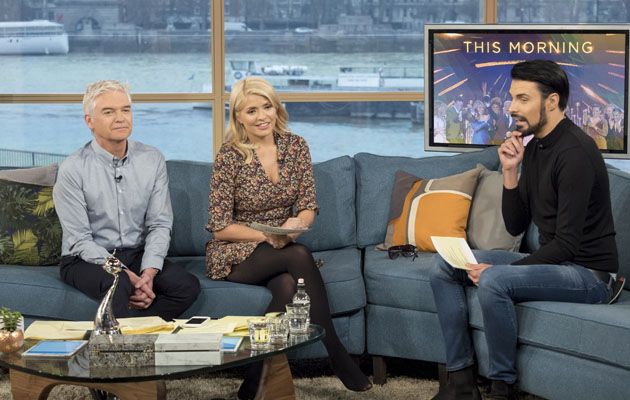 Rylan on the This Morning sofa, alongside Phillip Schofield and Holly Willoughby

Lots of opportunities have come your way since we first saw you on The X Factor in 2012. Have you enjoyed changing people’s lives on Babushka?
“Yeah, 100 per cent. Because I do feel like the public got me to where I am today by keeping voting me through on The X Factor, then to win Celebrity Big Brother in 2013. So it’s time for a bit of payback I think. I feel really lucky because there wasn’t a lot of love out there for me in the very beginning, but then I reckon people thought: ‘Hang on, he’s all right, he’s normal!’

Babushka begins on Monday, May 1 at 5pm on ITV.

Where The Defenders Picks Up with Jessica ...