Round the Twist had “Something for everyone!” 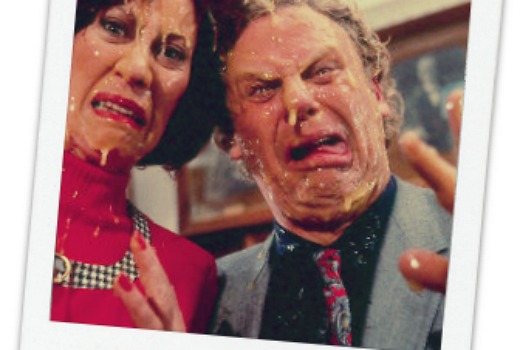 The themes covered in the 4 seasons of Round the Twist would probably make you blush. According to Wikipedia: Flatulence, Defecation, Urination, Vomiting, Body Odor, Underwear, Nudity, Genitalia, Homosexuality, Exhibitionism -even Incest and Bestiality….

Huh? All this in a kid’s show?

“There was something for everyone!” Mark Mitchell agrees.

However fleeting the supposed references to such taboos, the show struck a chord. It remains the most successful show ever produced by the Australian Children’s Television Foundation. This week in TV Tonight‘s Revivals survey, the show not only topped the Kid’s category -it was the biggest winner in any category.

“I think you can get away with anything if it’s funny and presented in the right way, as we certainly did,” says Mitchell.

“If you can’t talk taboo subjects with your family, probably you can’t communicate at all with them.

“Families should be able to talk about anything.”

Family was at the heart of Round the Twist. The series which debuted on Seven in 1989, before a further 3 seasons on ABC, centred on the Twist family living in a lighthouse but who were prone to magical and comedic storylines.

The series was created by author Paul Jennings.

“It was revolutionary in many respects and it was designed to appeal to different age groups,” Mitchell continues.

“We’d look at different themes that would appeal to the Under 7s, Under 12s, adolescents and the adults.

“It had everything in it. One of the principal characters was dead. We didn’t make a big deal about it, but it was implicit in everything. I don’t know if anyone realised!

“It had ghosts, water spirits, and it was quite animist in that respect.”

“Even the baddies, the Gribbles, stood for strong family values. Mr & Mrs Gribble never argued. They were always in cahoots.

“But all the Gribbles were deeply in love.” 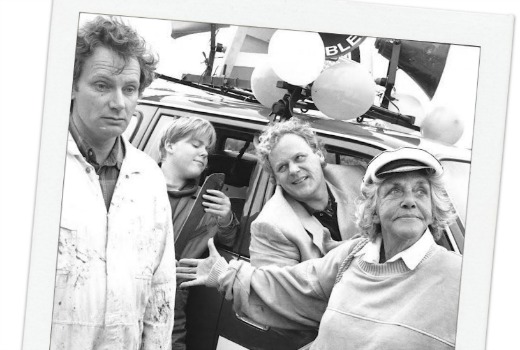 Filmed around Williamstown, Airey’s Inlet and Point Lonsdale it was directed by the late Esben Storm, who also appeared as teacher Ralph Snapper. He died in 2011, since remembered by an Australian Directors Guild Award named in his honour.

“He was vibrant and vital, everyone loved him. He was loved by the crew, the kids, all the actors. He was the most likeable person you could meet. It puts credence to the saying that ‘Those beloved of the Gods die young.’”

Mitchell, who is also much-loved for Con the Fruiterer on The Comedy Company, continues to work on stage and screen.

“I’ve done so many indie films I run the risk of becoming new wave. I have Fiddler on the Roofcoming up in Melbourne and Sydney, and The Doctor Blake Mysteries. I’m not one of the 18 actors who seem to be constantly working, or the second group of 18 who are the go-to-guests. I’m in the category of ‘Someone You Thought Was Dead,'” he laughs.

But his Mr Gribble remains synonymous with Round the Twist, which still plays in more than 100 territories, plus Netflix and Stan.

While Mitchell is not expecting a remake anytime soon, he appreciates it is still held in such affection.

“The beauty of the show is it was installed in the affection of viewers because it was about them and their world, it presented things they recognised and it was funny with sufficient fantasy, and we tried to reawaken in adults the memory of childhood.

The Race that tops the nation