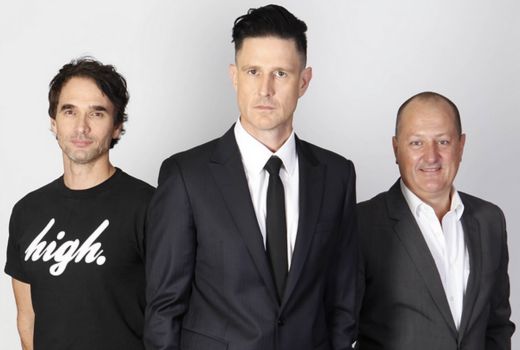 Gruen is back on television screens in September.

Now ditching its Transfer, Planet and Nation variations for a simple Gruen title, it returns 8:30pm Wednesday September 9th to replace The Weekly with Charlie Pickering.

It will be a welcome return for one of ABC’s most popular shows after some two years off air, with Wil Anderson, Todd Sampson and TEN exec Russel Howcroft.

Anderson is now co-Executive Producer on the series, after CJZ’s Jon Casimir became Head of Entertainment at ABC.

“After the show took a well-earned break in 2014, we’re seriously excited to have Wil and Gruenback, lifting the lid on advertising, spin and marketing, examining how we are sold to, and how we are sold.” said Jon Casimir.

“I couldn’t be more excited to be working with the amazing team at CJZ on a new series of Gruen.And I’m even more grateful they didn’t replace me with Adam Hills,” said Anderson.

The 2015 season will also feature new panelists from spin doctors and marketing gurus both in Australia and visiting.

Favourite segments will return, such as ‘The Pitch’, where some of Australia’s most creative agencies attempt to complete an impossible brief.