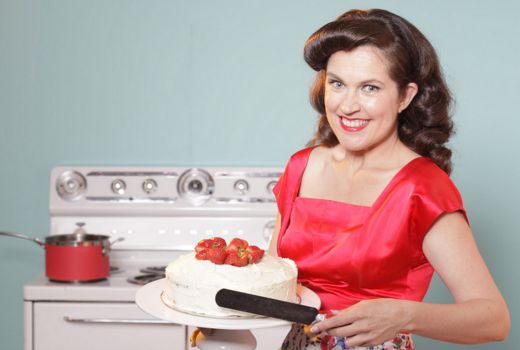 Well this is mighty good news…

ABC has confirmed Kitchen Cabinet with Annabel Crabb will be returning later this year.

It’s the first news we’ve heard of the show, given it was not revealed in ABC’s 2015 highlights.

Given the state of the government’s mood over the broadcaster, this should be fascinating to watch -although previous seasons have always profiled both left and right sides of politics, and even a bit in between.

Crabb, who is a guest on next week’s Q & A, will also have her own iview series Annabel Takes Canberra. No further details have been released yet.