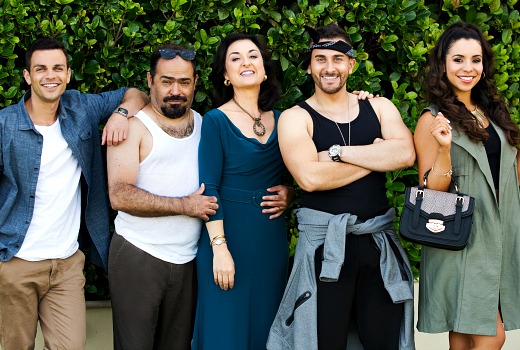 Nine has renewed its new sitcom Here Come the Habibs! for a second series.

The series launched to 1.25m in overnight metro viewers, although Nine cites almost 3 million nationally including repeats and catch up. Last week the number had settled on 796,000 in overnight viewing.

But the show has also attracted some good reviews and plenty of press, as Nine’s only new hit of 2016. It was a risky move to attempt a commercial TV comedy, but it is one that has paid off.

In a joint statement, Nine’s Heads of Drama, Jo Rooney and Andy Ryan, said: “After 15 years without a new comedy on commercial TV, Australia has fallen for the Habibs. We’re delighted to bring back the Habibs and their uptight neighbours for another series of comedy, chaos and multicultural mayhem.

“It has been a joy to work with producers Jungle and our amazing cast, and we guarantee audiences even more laughter and controversy in series two.”

There are two more episodes to screen in the current series.

Here Come the Habibs! produced by Jungle for the Nine Network, was created by Rob Shehadie, Tahir Bilgic and Matt Ryan-Garnsey.

Production on series two will commence later this year.

Michael ends up in hospital after confronting ...