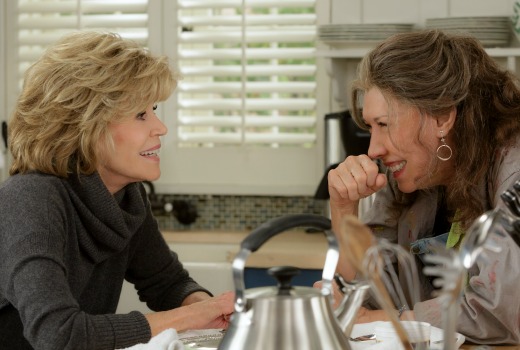 US comedy Grace and Frankie has been renewed for a 3rd season ahead of its 2nd season premiere.

The series, which centres on two senior women who discover their husbands have fallen in love, last week earned Lily Tomlin a Golden Globe nomination.

The second season renewal was announced less than a month after its May premiere.

“Let me say, it’s so awesome to do a show on Netflix,” creator Marta Kauffman said at the time. “Because two and a half weeks after we launched, Miley Cyrus does a tweet about your show, and they call and say, ‘We’d like to do a season two.’ So yes, there is a season two. We have Ted [Sarandos, Netflix chief content officer] and Miley to thank.”

Kellie wobbles - but does Jay drop ...