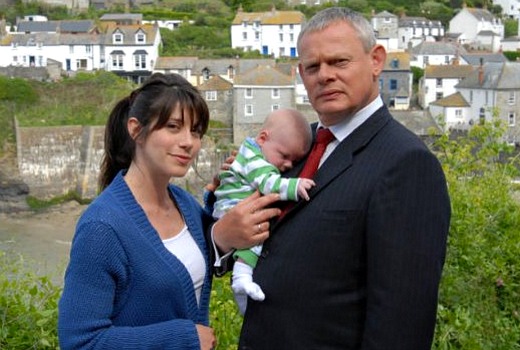 Ian McNeice, who plays Bert Large, confirmed the news whilst speaking to The Mirror.

“We were all invited by ITV to a dinner to thank us for the ratings we have had in October and November and they were the best we have had so far with seven million viewers – on a par withDownton Abbey and everybody was thrilled about that.

“Everybody in the cast was there and then the Head of ITV gets up and says ‘We love Doc Martinand as a vote of confidence we would like to give you one more show’.”

“So there will be Series 8 and we will make it in the year 2017, because we always have a break in between. The future is rosy. We would all like to do more with Martin and God bless them ITV have said they are going to do more.”

Series 7, which is also getting a foothold in the US, will screen on ABC this year.

“We all thought that was going to be the end,” McNeice said of the season

“At the end of the series we had a wrap party with the best drinks and food ever and we were thinking ‘this is looking pretty – is this a goodbye?’ We were getting a little nervous. Then we had a cast and crew photograph and we had never had that before, and it was slightly unnerving that the end of this series we wrap things up nicely. But it is not over, and we are thrilled.”

The Wizards of Aus