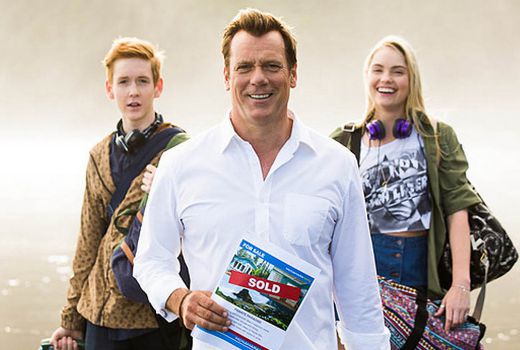 Seven drama 800 Words has been renewed for a second season.

The drama, co-produced by Seven Network and New Zealand’s South Pacific Pictures, has been a consistent rater since it launched last month.

It has frequently topped Tuesday nights, last week enjoying 1.05m overnight viewers, but is also averaging another 250,000 in Consolidated viewing.

Brad Lyons, Seven’s Director of Network Production, said: “It’s no secret we pride ourselves on being the home of Australian drama. The success of 800 Words is testament to the great production teams and a terrific cast led by Erik Thomson. We’re thrilled that Australian audiences have embraced the Turner family and the people of Weld. It’s further proof good stories, told well, are key.”

The series was co-created by James Griffin and Maxine Fleming. Seven’s Head of Drama, Julie McGauran, is Executive Producer.