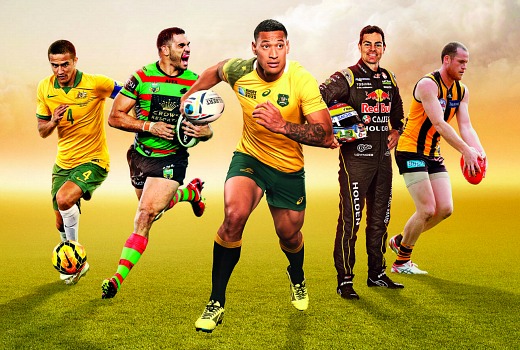 In 2016 Foxtel is facing more competition than ever, and as a result is stepping up its point of differences and key assets: Sport, Drama and Lifestyle.

“This year will be the best year ever for Sport on the Foxtel platform. It’s one of our clear differentiators with the changing landscape in Australia. With streaming services now in full swing we have to look at our points of differences and what kind television can we produce that people will be prepared to subscribe to,” he tells TV Tonight.

“Over the last 12 months we’ve been building our arsenal in sport and launched a massive marketing campaign that declares Australia is a sporting nation. All the great moments in Australian sport will be only on Foxtel in 2016.”

Rugby League will be getting more coverage than ever.

“For the first time ever this year every game of rugby league competition will be on Foxtel with exclusive coverage of Super Saturday and Monday Night Football Live. Of course all our sport is in High Definition with no ad breaks during play.

“We’ll be simulcasting the Channel Nine broadcast but in our revised agreement we will be putting our own commentary and hosts in the FOX Sports coverage, so that’s a real point difference.

“Clearly the AFL is a key arsenal for us, very strong in the southern states, and FOX Footy channel is going from strength to strength.”

In addition to 2 major football codes, Foxtel has V8 Supercars, Formula One, A-League, Soccer,NBL and the 2016 Super Rugby season. Next year it will add a dedicated NRL channel.

For subscribers lamenting the loss of English Premier League mid year, Walsh adds, “We have the EPL for this season and then following the European season those rights revert to Optus. But I don’t think soccer fans will be entirely without on Foxtel. We’ve got some announcements in that space in the next few weeks.” 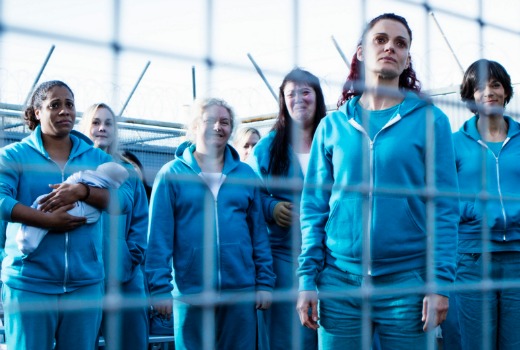 In April Wentworth returns, to be followed later this year by The Secret City, The Kettering Incident and A Place To Call Home.

“Wentworth will be even more compelling this year, particularly with the addition of Sigrid Thornton into the cast. What Fremantle have crafted for this season will shock some people and there are some major storylines that will have the fans on their feet,” he continues.

Fans waiting for more good news on Wentworth shouldn’t have long to wait.

“We’re in discussions with Fremantle now. The question of another series is a pretty easy one to answer.

“It’s the underworld of national politics so it is as much about Beijing as it is about Canberra, with a global perspective.”

“I said to her, ‘You are captivating on screen!’ Every scene she is in you can’t your eyes off her.” 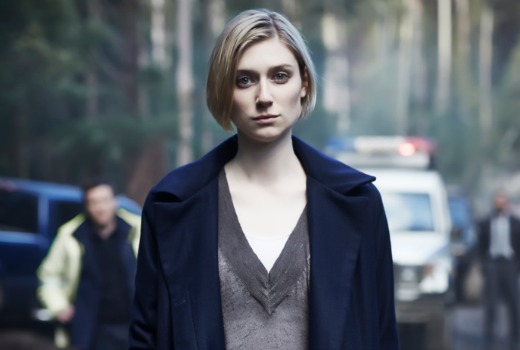 “The Kettering Incident with Matt Le Nevez and Elizabeth Debecki was filmed in Tasmania and the cinematography is just stunning. It’s very edgy, provocative, bold Australian drama. It’s a narrative that hasn’t been explored before in this country and the filmmakers have done a stunning job with it. It’s gripping from beginning to end,” he assures.

“We held it over from last year because we couldn’t get the right slot and it is very much a winter programme. I didn’t want it lost in the launch of A Place to Call Home.”

“We have extended the commission order to 12 episodes this year”

Speaking of which, there is more good news for APTCH fans.

“(Creator) Bevan Lee has returned to A Place to Call Home. He took a sabbatical in 2015 but he is back at the helm and clearly this is the show he loves and created,” he announces.

“I think we took it to another level last year. There’s no question that playing on Foxtel it added another texture to the previous series on Free to Air. We could go much deeper with the characters and bolder. Without being disrespectful to the era or the audience, I think last season was probably its strongest. It exceeded our expectations. Production starts in 2 weeks and we have extended the commission order to 12 episodes this year because the storylines are so strong.”

It will air in September. 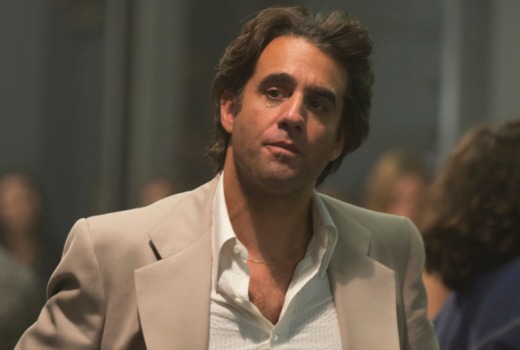 International dramas are also a favourite of Foxtel, led by Game of Thrones. This year HBO brings us new titles.

“Being the home of HBO, the most prolific producers of Drama, we start our year with Vinylproduced by Martin Scorsese and Mick Jagger. It’s set in New York in the ‘70s starring Bobby Cannavale, Ray Romano, Olivia Wilde and James Jagger.

“It’s set in the music business as a ride through the sex and drugs, the dawn of punk and hip hop, seen through the eyes of a record label president. 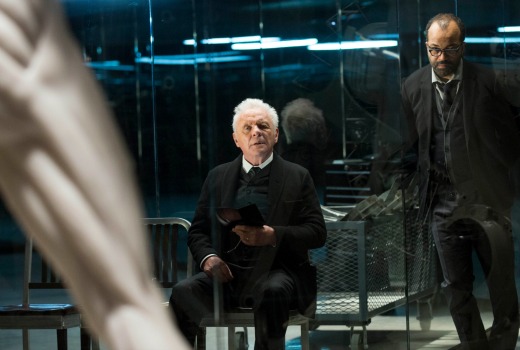 Other new dramas this year include War & Peace, The Night Manager, Outcast, Lucifer, LBJ All the Way, Confirmation, Crime, Divorce, Big Little Lies and returning titles -too many to mention- include The Walking Dead, Call the Midwife, The Murdoch Mysteries, Kingdom, Chicago, Outlander, Ray Donovan and The Affair.

Walsh describes FOX8 as the “Home of DC Comics” thanks to Supergirl, The Flash, Arrow, The 100, DC’s Legends of Tomorrow but 2 Marvel titles will not be airing.

“We had reached an agreement with Seven for Foxtel to take over the license on both Agent Carter and Agents of SHIELD but there were contractual issues which prevented that transaction from progressing.”

“Selling Houses Australia did huge numbers. For Pay Television 180,000 is a very strong performance. Gogglebox will be back first on LifeStyle and a second window on the TEN Network.”

Gogglebox will again have 2 seasons this year. River Cottage Australia, The Great Australian Bakeoff and Grand Designs Australia all return. New local titles include Donna Hay: Basics to Brilliance, I Own Australia’s Best Home and Deadline Design with Shaynna Blaze.

In Entertainment, a third season of The Real Housewives of Melbourne promises more volatile viewing.

“I’m not just giving you PR spin- this season of Real Housewives is absolute gold. The best season so far. We see a lot more of the families behind the women, a lot more of their domestic life, there are some new housewives added to the group who causes mayhem and throw the cat amongst the pigeons. It is absolutely riveting television,” Walsh insists.

Australia’s Next Top Model returns with the Stenmark Twins and The Recruit is back after 2 years, possibly with a new host.

“It’s set on the Gold Coast with 3 cops who trail crime on the infamous Gold Coast strip. It’s very funny, very adult, very male in terms of its humour and not unlike some of the comedy you see on the Comedy channel or on Comedy Central in the US,” he explains.

Roving Enterprises will also produce Whose Line is it Anyway Australia?

“Our producers and (Roving’s) Craig Campbell have just come back from the US and we’ll start the casting process in the next few weeks.” 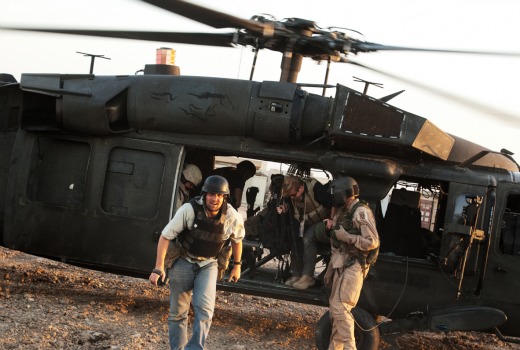 In March comes the acclaimed documentary Only the Dead.

“It is gripping television. Michael Ware is the photojournalist who came back from shooting all of the incredible footage in the Middle East and gathered material over a few years and compiled it into a riveting 2hr documentary. It’s very graphic and will be quite controversial.

“2016 also marks SKY News 20th year and the team are rolling out a whole bunch of new and exclusive programmes. They have new sets, and are determined to make their mark in the news field this year, so I think it will be a great year.”

As yet there is no change to the loss of Universal music artists on Foxtel-owned music channels, but discussions continue.

“We haven’t had Universal on our music channel since November and the music channels haven’t declined in terms of performance. In fact over summer the ratings on MAX and Smooth improved. So we’re not feeling any impact on our viewership. Having said that, would we like Universal back on board? Of course. Are we doing something about it? Yes,” says Walsh.

There are also plans for themed movie pop-up channels such as Jurassic Park, Star Wars and The Fast & The Furious, after recent successful trials over summer.

“They both did terrific business so pop-up movie channels will be a regular part of the Foxtel movie channel this year. We will look at the big movie franchises.”

Meanwhile he hints at changes to HD channel fees. While Free to Air is moving primary channels to HD, is it reasonable to continue charging a fee for technology that is readily available on the IQ?

“I think that’s a reasonable comment and it’s under review,” he replies.

“We welcome competition. It will make Foxtel a more robust and stronger company.”

And while there are no announcements on new channels, Foxtel is making more of its Anytime feature.

“In movies we now have 1000 titles in Anytime which is the destination to watch a TV show or movie at the press of a button. We’re not looking to do new channels, we’re looking to move our customers to that new world of Television on Demand.

“In the VOD space we are absolutely determined to be very strong in that area, so that’s getting most of our attention.

“What the Streamers have done is influenced Australians that it’s ok to pay for Entertainment.”

Surveys have show while streaming services such as Netflix, Stan and the joint Foxtel venture Presto have taken off, many Foxtel subscribers are adding these to their existing packages, rather than cancelling outright.

“People aren’t cord-cutting. They are keeping their Foxtel but viewership is fragmenting. They are watching differently,” says Walsh.

“We welcome competition. It will make Foxtel a more robust and stronger company. It’s great for the viewer and consumer.

“Someone asked me the other day ‘What makes Foxtel complete?’ and my answer was that we have every genre, and we do. That’s what makes us a complete entertainment package.”