Home›U.K. Shows›Porridge creators ‘more than happy to go back inside’ as BBC announces full series 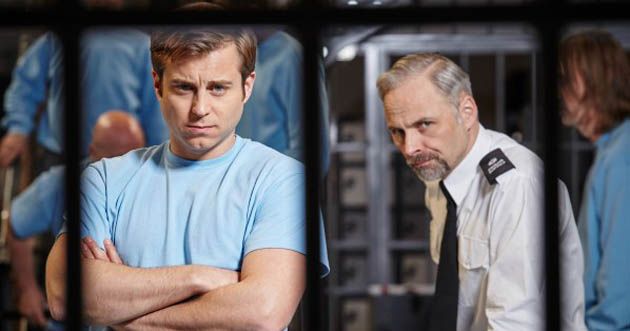 A full series of classic sitcom Porridge has been commissioned following the success of its one-off revival earlier this year.

The BBC has announced that production of six episodes will begin in January 2017.

The show’s original writers, Dick Clement and Ian La Frenais, will do the script for the new series.

Viewers last saw Fletch, who is in Wakeley Prison after committing a series of cyber-crimes, trying not to end up on the wrong side of bad boy Richie Weeks (played by The Office’s Ralph Ineson).

Kevin said: “It was an honour to be asked to play Fletch although I never thought it would go further than just the one-off homage.

“To be welcomed back by Porridge fans and the BBC to make a full series is one of the proudest moments in my career. Dick and Ian are true sitcom masters and I know they’re going to write a brilliant series.”

Writers Dick and Ian said they were still in a ‘state of disbelief’ that the show was coming back after so many years.

The duo heaped praise on Kevin, saying he is a ‘worthy successor to Ronnie Barker. So even though we feel like recidivists, we’re more than happy to go back inside’.

The previous episode of Porridge was part of the BBC’s Landmark Sitcom Season, which saw the corporation celebrating 60 years of sitcoms and featuring 17 programmes across its channels.

The BBC’s controller for comedy commissioning, Shane Allen, said the commissioning of Porridge, as well as two other new series, followed the success of the Landmark Sitcom Season.

The two others are Motherland on BBC Two and A Brief History Of Tim on BBC Three.

Shane said: “The audience reaction to the season has been overwhelming, with well over 50 million viewers tuning in across the run, so I’m very pleased to announce three series commissions coming out of it, which demonstrate the range, ambition and quality of BBC comedy.

“With Porridge we have two writing legends putting a modern spin on their masterpiece, proving that their fingers are very much still on the comedy pulse. In Motherland we have the wish list-writing powerhouse giving us a painfully accurate yet fresh take on the relentless emotional carnage of child-rearing.

“Comedy on BBC Three has to really stand out, so A Brief History Of Tim – with so many taboos it’s in no danger of being easily ignored – walks the tightrope of where the line is drawn for comedy.”

He added that the trio of commissions reinforced the corporation’s mission to keep ‘nurturing the very best of new talent and to cherish the great talents we’ve championed over the years’.

Steven shuts out Jane in EastEnders