Presenter blasts the actor for working with Roman Polanski.

Piers Morgan has taken aim at Ewan McGregor in his new column – the headline of which describes him as a "paedophile-loving hypocrite" – and compared him to North Korean dictator Kim Jong-un, after the actor declined to take part in an interview with the presenter on Good Morning Britain.

The T2: Trainspotting actor did not appear on GMB today after Morgan's controversial comments about the Women's March – he had complained of a "creeping global emasculation of my gender by rabid feminists".

In response, McGregor tweeted: "Was going on Good Morning Britain, didn't realise @piersmorgan was host. Won't go on with him after his comments about #WomensMarch." 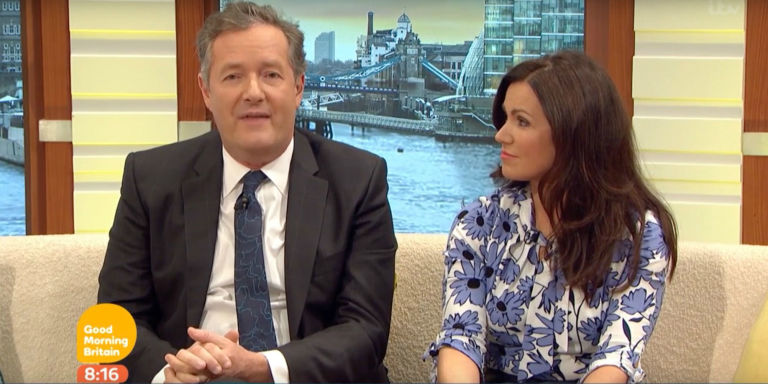 Writing in his column for the Mail Online, Morgan explained that he would have quizzed the actor on working with director Roman Polanski, who was accused of having unlawful sex with a 13-year-old in Los Angeles in 1977.

He wrote: "Had we done the interview, I might have asked him how his heroic support for women justified him working for director Roman Polanski, a self-confessed and convicted child abuser, on the film, The Ghostwriter."

Polanski pleaded guilty to one charge of engaging in unlawful sexual intercourse with a minor, after accepting a plea bargain. He fled to France in February 1978, shortly before he was due to be formally sentenced.

McGregor described Polanski as "a legendary filmmaker, he's one of the best living movie makers there is" during an interview with Good Morning America in 2010 to promote The Ghostwriter.

He also declined to comment on Polanski's situation when asked directly about it during that interview, simply saying: "I don't know. I don't comment on his case, because it has nothing to do with me.

"I worked with him as an actor, with the director. I've known him for less than a year. So I don't make any comment on the case, because it's none of my business." 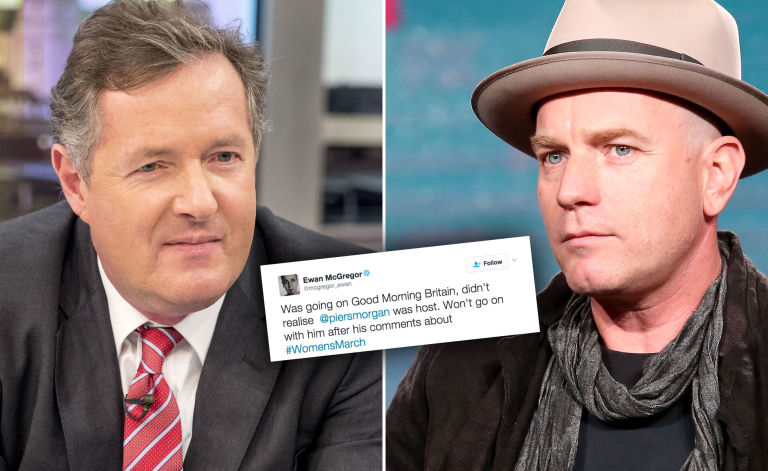 Morgan has tweeted his column 11 times, repeatedly tagging McGregor's Twitter handle in a bid to incite a response – including comparing him to North Korean leader, Kim Jong-un. Since this morning, McGregor has only tweeted once expressing his reasons for skipping the show.

Was going on Good Morning Britain, didn't realise@piersmorgan was host. Won't go on with him after his comments about #WomensMarch

Piers went on to explain the situation backstage at GMB that lead to Ewan skipping the interview. He claims an argument erupted after McGregor realised the presenter would be conducting the interview and asked for it to just be Susanna Reid instead.

Morgan explained: "This demand was denied, as were further demands for the interview to be severely shortened and to be restricted purely to talk about his new movie, T2 Trainspotting.

"So, enraged that he couldn't do the interview on the terms he wanted, McGregor left.

"In the studio itself, we were warned there may be a slight 'issue' with McGregor appearing on the sofa, five minutes before he was due on."

Morgan went on to explain his comments about the Women's March from Saturday, which started the whole feud.

He continued: "My argument against the Women's March, as I wrote yesterday, was not that women shouldn't be allowed to march. That is everybody's right in a democratic society. 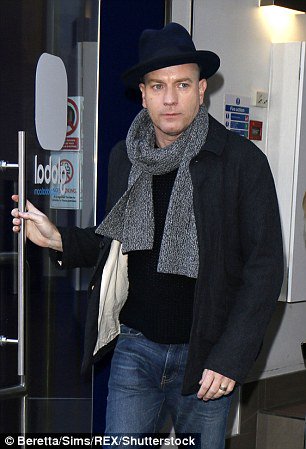 Ewan McGregor is the Kim Jung-un of Hollywood - he wants to punish any dissenting political view. My column: http://dailym.ai/2knqXQV

"It was that it seemed to serve no real purpose other than creating an outlet for women to vent their wrath at the fact Trump beat Hillary Clinton, thus preventing her becoming the first female president."

Morgan went onto to say that many celebrities choose not to debate things in a balanced way and instead control their media appearances extensively.

This tirade included taking a swipe at Meryl Streep for her anti-Trump Golden Globes speech.