Home›Australian Shows›Peter Capaldi: Doctor Who in Australia “would be great!”

Peter Capaldi: Doctor Who in Australia “would be great!” 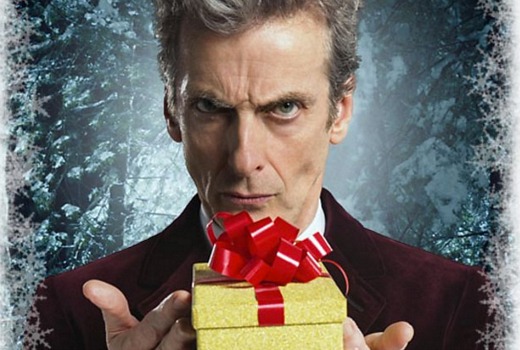 It has filmed in Utah, Nevada, Spain, Venice, Rome, Dubai, New York, Croatia, Vancouver, Amsterdam, Paris and around the UK -so will Doctor Who ever travel to Australia to film an episode?

Capaldi’s enthusiasm for the idea was evident, but the distance and shooting schedules -alas- have so far made it prohibitive.

“It would be great, but we have a limited budget,” he said. “There are so many places here that could look like another world but also it would be great just to have Australian people in it!

“Janet Fielding who used to play Tegan, a companion for Tom Baker and Peter Davison is Australian and absolutely lovely. I think she should come back, but we should find her here.”

So if budget constraints were not an issue, where would we most likely find the Doctor in a hypothetical Australian adventure? Look no further than the Outback, of course.

“You’d have to do Ayer’s Rock wouldn’t you?” Capaldi suggested (ok we’ll forgive Uluru’s former name, given he is a visitor). ” One of the fantastic things about Australia is there is a sense of a vibrant, young country combined with this elemental, earth force. There’s something very much about the origins of Planet Earth here. So it would be great for the Doctor to come and get in touch with all of that.”

Capaldi’s recent visit for the Doctor Who Festival was only his second trip Down Under, following a whirlwind World Tour visit in 2014 for his launch into the role.

“It was a long way to come for 2 days, but it was brilliant. People are so friendly and so open here and there’s a little bit about it that feels so familiar,” he continued.

“People in Australia are very familiar with British television but also we have a very strong concept of Australian culture as well, so it’s very important to us.

“I used to love Sir Les Patterson, he was one of my favourite characters. There was also a period in the 1970s when British sitcoms did a stage version and toured Australia. Things like Steptoe and Son.”

Capaldi is of course, famously known as the boy who grew up to become the Doctor. A lifelong fan of the show, he was offered the role in 2013, succeeding Matt Smith, after previously appearing in 2008’s The Fires of Pompeii.

“The story that people like to believe is that I spent every waking hour wanting to be Doctor Whoand that I woke every morning grief-stricken that I wasn’t, or that my whole career was a crusade to become Doctor Who –which isn’t true. I loved Doctor Who and was a big fan of it, but then I went off into the world, grew up, became an actor, and did all the things that actors do,” he explained.

“I was delighted when it came back but I didn’t really expect to be involved with it and I was delighted when I was offered a role in an episode. When they asked me to become the Doctor I was blown away, but I didn’t have an expectation of what it would be like. So there wasn’t anything for it to match up to. My affection for Doctor Who was about the programme, not about being an actor in it.

“That said, it is an extraordinary piece of fate that I end up being in my favourite programme and that it does go above and beyond any expectations one might have of it.

“I’m also lucky to be living through a very good time in the programme’s history. With Christopher Ecclestone, David Tennant, Matt Smith, Russell and Steven it’s been a golden ten years. So I’m very lucky to be part of that. There have been times when the show has been less loved by the powers that be.”

“To somebody, somewhere you are ‘their Doctor'”

Now two seasons on, he is reminded of fan ‘ownership’ of the show, as audiences never hold back with feedback, including whether one lives up to their personal expectations or not.

“It was always a comfort to me that I knew if people didn’t like me, there would always be somebody, somewhere who did like me. That’s the way Doctor Who works. To somebody, somewhere you are ‘their Doctor.’ They absolutely adore you and you are special to them. But the idea that you can appeal to everybody is very difficult to pull off. That kind of scrutiny is hard to take on board, so you can’t. I play this role with everything I’ve got and do it from my heart. (For) those who care for me, that’s great, and for those that don’t, I’m sorry but there will be another one along in a minute…” he conceded.

“I don’t read reviews but in the age we live in it’s impossible to not have a sense of how it’s going. But I just get on with it.

“But it’s a great privilege to be in this position.”

Such is the global fervour for the show that sometimes fans express their devotion through fan-fiction, online art and fan-made clips. Doctor Who is, says Capaldi, a gateway to creativity.

“I’m forever being sent paintings, drawing, stories that people have made. Often to an extremely high quality. The things people are doing on the internet, and the videos they are making… they are filmmakers in the making. They take clips from the show and put them to music. It’s sort of telling us what they want to the show to be,” he said.

“The title sequence we have was originally a fan-made sequence.”

“He lives in a universe where anything goes”

Science fiction fans are also diverse in age, gender and sexuality. In a universe where all things are possible, the ‘omnisexual Captain Jack Harkness (John Barrowman) and ethnically-diverse characters push the frontiers. Capaldi says the following for the show has accrued those who are marginalised in part due to the time-travelling Doctor himself.

“Doctor Who is a character for people who (feel they) don’t fit in the mainstream of society. It’s ironic that it’s getting bigger and bigger, for people who feel ostracized or outside the mainstream. He lives in a universe where anything goes, which is as it should be. He’s wiser and more experienced about life and all of its forms. So I think that’s quite liberating and a useful model to have around.” 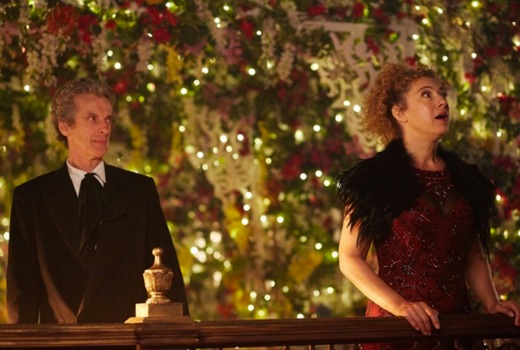 In the upcoming Christmas episode, River Song (Alex Kingston) meets her husband’s new incarnation, for the first time. Little Britain‘s Matt Lucas will also appear. Next year the series embarks on the 10th season of 12 episodes and another Christmas special.

In a universe of script secrets and Spoilers, nobody is saying what’s in store, including any wish-fulfilment of that elusive Australian adventure.