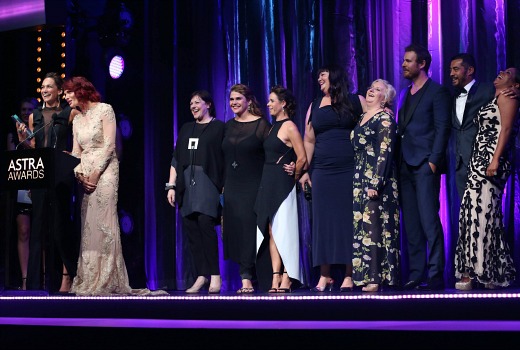 In 2016 there will be one less Red Carpet event on the Calendar with the Subscription TV industry calling time on the ASTRA Awards after 13 years.

The awards, usually held in the first quarter of each year, were a chance for the industry to recognise achievers in Pay TV given it receives limited recognition at other awards, such as theLogies.

ASTRA CEO Andrew Maiden said, “Now twenty years old, the subscription television industry produces some of the most outstanding content in Australia. We therefore believe it’s time to compete for recognition with the nation’s best shows, while taking the opportunity to promote our content to a larger audience.

“To usher in the new partnership, this year’s AACTAs will include a one-off award for the best ever subscription television drama. From 2016, subscription TV will be a regular entrant in existing and newly created AACTA television award categories.”

The announcement comes as a surprise given STV titles were already eligible in AACTA categories, with shows winning at previous events. Only 12 months ago it revamped its judging process as part of a “coming of age” for the STV industry.

While the ASTRAs have been glam and expensive to mount, they have also attracted plenty of column space to promote Pay TV shows and personalities.

“For 13 years the ASTRAs promoted the industry as it matured. Thanks to everyone who contributed so much over the years. While it’s sad to farewell the ASTRAs, it’s gratifying that subscription television now has the depth and quality to confidently join a larger and more competitive awards event,” said Maiden.