"By Means Which Have Never Yet Been Tried"

The war with Dyad is all but lost when Rachel’s latest ploy forces a broken Sarah to concede. The Clone Club springs into action, uniting in a reckless gambit to save Sarah. As they fight to gain their freedom, Sarah encounters a new ally and uncovers a terrifying new dimension to the conspiracy...[button color="red" size="small" link="http://www.bbcamerica.com/orphan-black/" target="blank" ]Official Site[/button]

Cold Open
The questions asked in Sarah Manning’s interrogation scene weren’t scripted. Graeme gave vocal coach John Nelles a list of questions to ask Tatiana, and her answers were improvised. This method provided a very surprising and moving scene for everyone – including Tatiana.

“We would like to harvest your eggs.” – Dr. Nealon

Name Game
Dr. Nealon is named after The Hive writer Aubrey Nealon, but not to worry, the character is not at all like the writer! Canadian actor Tom McCamus, who played Dr Nealon, did an incredible job capturing the precise nature Graeme envisioned for Nealon’s character.

Work of Art
Kira’s artwork has been sprinkled throughout season 2. In episode 2.10 you see some of Kira’s masterpieces at Mrs. S’s house, as well as a drawing Rachel brings Sarah in the OR. So, who’s the artist behind Kira’s work? Meet the art department’s Sash Kosovic!

Packing Up
It’s always a little bit sad on set during the filming of the last episode. You see a lot of set items packed into storage – including over 60 boxes of Orphan Black wardrobe!

The clone wardrobes, packed into storage.

Update Pls.
Rachel’s itinerary, which Cosima received from Delphine, was not finished in time for the shoot. VFX had to burn it in after. However, the version that was created didn’t work. So what do you do in post when you need art and your art department is scattered and working on other shows? You have assistant to the co-creators Mackenzie Donaldson whip up an itinerary on her iCal – with Graeme’s assistance creating the activities. Here’s a closer look at Rachel’s day – still saved in Mackenzie’s iCal. Look carefully, because you may recognize some names of Hive members (shout out to Alex Levine and Dr. Christopher Roberts!) Can you spot any more?

On Point
THE. PENCIL. SCENE. Sarah and Rachel’s gruesome showdown scene came straight from the mind of Graeme Manson and was executed perfectly thanks to John’s direction, Tatiana’s performance and our amazing VFX team at Intelligent Creatures. We weren’t sure if we would be able to pull it off, but after about 20 hours of meetings, we did!

“Enjoy your oophorectomy!” – Rachel Duncan
(We spared you a close-up shot of Rachel’s pencil eye.)

Duped
In the photo below, actor Ari Millen and Graeme are deep in the thick of it, right before Psycho Mark Clone (name to be revealed) has his first scene. Creating new characters is not for the faint of heart! Sandy Sokolowski, the hair stylist on Orphan Black, shaved Ari Millen’s head for his other clone characters and created a Mark wig for the final scenes in episode 2.10.

Sarah Manning-Up
Can we please take a moment to admire Sarah’s choice in men? Gotta admit, she has quite good taste.

On the second day of shooting the four clone dance party, the entire Orphan Black crew joined in to dance with  Tatiana. We filmed it to play at the Orphan Black wrap party.

Time Suck
The Technodolly, affectionately known on set as the Time Vampire, is what makes a 4-clone dance party possible. So why the nickname? The Time Vampire has a knack for sucking away our time, and is prone to breaking down. We love it and we hate it – either way, Orphan Black couldn’t exist without it.

Set Inspection: Military Base
Here’s a shot of the crew nearing the end of their gigantic shooting day at the warehouse. Here they are shooting the interior scene of Mrs. S and Paul’s exchange inside the military truck. The scene looks as though it was shot outside, but it was actually filmed on a blue screen indoors (a much warmer setting for the cast and crew!)

The OB crew at basecamp.

Getting Hitched
“Going to the chaple, and we’re gonna get marr-i-ed…” Graeme Manson watched over Mark and Gracie’s nuptials – which were shot by a splinter unit and directed by the episode’s editor, Brett Sullivan.

Farewell For Now, #CloneClub
…and that’s a wrap! Here’s a few last looks behind-the-scenes of Orphan Black season 2, including a shot of John and Graeme giving a lovely speech on the last day of shooting. Thanks for another incredible season #CloneClub! Thanks for watching!

A glimpse behind-the-scenes of Cosima’s lab, shooting one of the last scenes of the season. 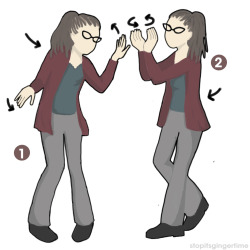 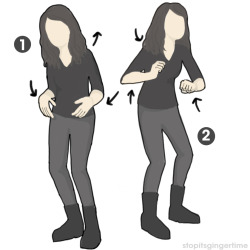 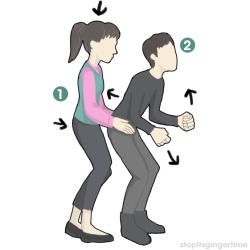 The Allison and Felix Frontal Fandango 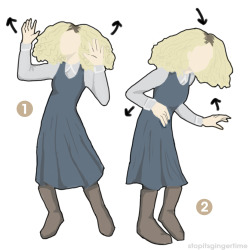