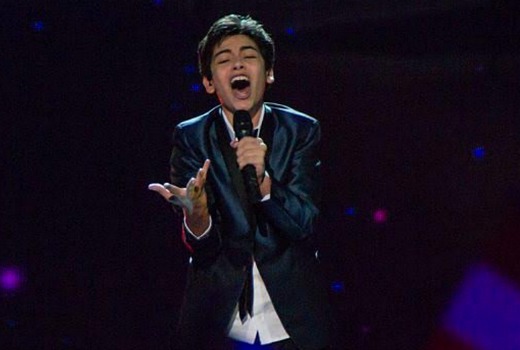 SBS has announced Australia will compete at the Junior Eurovision Song Contest, for the very first time.

An Australian artist will perform alongside other 10 – 15 year olds in Sofia, Bulgaria in late November – the act and song will both be announced on Friday.

The announcement comes despite SBS facing funding cuts from the government and concerns staff or programming may be impacted. But it isn’t clear if the broadcaster or a record company is footing most of the bill.

SBS Managing Director Michael Ebeid said: “Eurovision is a landmark program for SBS and we’re so proud to be part of an event which brings people together to celebrate creativity and diverse cultures through music. We’re delighted to have secured another opportunity to showcase Australia’s amazing vocal and song writing talent to the world, this time through an incredibly talented young artist. We look forward to giving Australian audiences a surprise second dose of Eurovision fun this year.”

Junior Eurovision Executive Supervisor Vladislav Yakovlev said: “Australia were so well received in Vienna at the ‘big’ contest in May this year, and we are thrilled to help them continue this story by coming to Bulgaria in November.

“Junior Eurovision has always strived for inclusion and collaboration. Having Australia as part of our event shows their commitment to celebrating young and future singing talent and we welcome them to our enthusiastic and growing international group of performers, delegates, media and team members.”

Director of Blink TV, producer Paul Clarke said: “Australia showed with its huge response to Guy Sebastian that we love to compete on the world stage with our music. I can promise our legion of Eurovision fans that they will love our artist and song this year, and we can’t wait to announce both on Friday. I can say that the song is co-written by one of our greatest Australian artists, and will really do us proud at Junior Eurovision in Sofia.”

Live televoting will not be open to the Australian public, but Australia will contribute an official jury.

SBS will broadcast the Junior Eurovision Song Contest at 7.30pm Saturday 28 November with Live coverage at 4.30am Sunday 22 November on SBS.

Australia has not been invited for Eurovision 2016, following its one-off inclusion with Guy Sebastian.

Micallef: The Ex-PM is not about Kevin ...