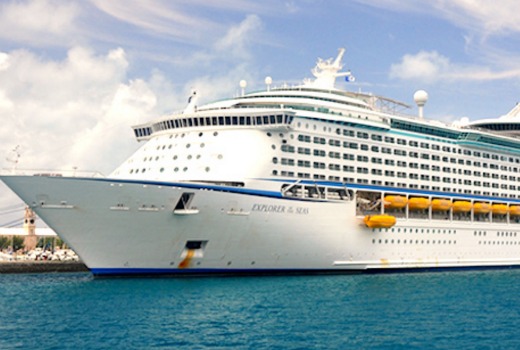 Nine appears to be joining the cruise ship advertorial boat with a special, Australia’s Mega Cruise Ship, on Thursday night breath-takingly showing us the wonders of a cruise ship by Royal Caribbean cruises.

Last year Seven was criticised for a special profiling another cruise line.

Both agendas differ significantly from the independently-produced Mighty Cruise Ships.

Nine confirmed to TV Tonight that the special was produced internally, but didn’t comment on whether Royal Caribbean had paid for any of it.

Under the new Code of Practice rules, networks are no longer required to declare sponsorship arrangements within the show itself, only required to clarify on their official website.

Royal Caribbean Cruises is also a sponsor of Australia’s Got Talent.

In this one-hour summer special, Natalie Gruzlewski, takes viewers on a VIP experience aboard the largest cruise ship ever based in Australia– Royal Caribbean’s Explorer of the Seas.