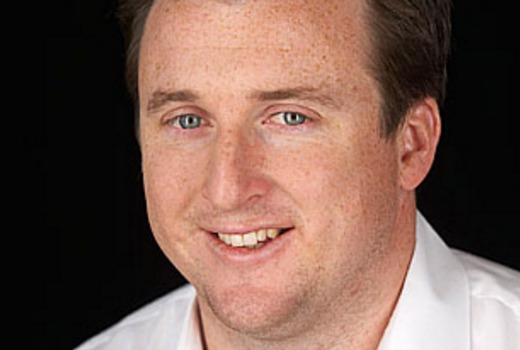 Nine has appointed Tom Malone (pictured), currently Executive Producer of 60 Minutes, as its new Director of Sport, as Steve Crawley is appointed Head of Live Sport at FOX Sports.

Steve Crawley said: “I’ve had the time of my working life at Nine’s Wide World of Sports alongside many of the legends of Australian sports broadcasting, from commentators to producers, cameramen and cable hands, young and old. I leave with a heavy heart, but at the same time exhilarated by the new challenge ahead of me.”

Hugh Marks, CEO of Nine, said: “Steve Crawley has made an enormous contribution to our business over the past fourteen years. He is one of those rare individuals who knows, practices and lives his craft to the benefit of the team of people who work with him. We’re immensely sad to see him go but wish him well for the future. He will always be a friend of Nine.”

Hugh Marks said: “We have without doubt the very best sports broadcasting team producing and setting the standard in coverage of sport, led by Alex Rolls, Matt Callander and Brad McNamara. In 2015 our sports broadcasts were the top three rating programs of the year. Taking on the challenge of leading this team of talented sports broadcasters and driving the evolution of Nine’s broader sports strategy will be one of the very best television executives we have in Tom Malone.”

Tom Malone added: “It’s a huge honour to be taking on this role. Nine has led the way in sports broadcasting for sixty years. I’m aware of the great legacy I have inherited from Steve Crawley and his predecessors, and I’m confident and excited about leading our Wide World of Sports team through what promises to be a period of great innovation in the production and delivery of sports content for all Australians.

“I love my sport. I’ve watched rugby league and cricket all my life – being a tragic Eels supporter and a great fan of the Australian cricket team – so I couldn’t be more pumped about this opportunity.”

Kirsty Thomson, who has been Chief of Staff of 60 Minutes is appointed Executive Producer.

“I am honoured and excited to take on this role. I have always loved working at 60 Minutes and can’t wait to lead the program’s amazing team of reporters, producers, camera crews and editors. This program is iconic in Australian television and I know how much the audience love what we bring each Sunday night. We will continue, and build on that tradition,” she said.

She was previously News Editor at BSkyB and a senior producer at A Current Affair.

Hugh Marks said: “I welcome Kirsty Thomson to the role of Executive Producer of 60 Minutes. Our flagship current affairs brand has a tradition of leadership by some of the best of our industry, and Darren Wick and I look forward to working with Kirsty in continuing to produce outstanding, award-winning current affairs.”

Steve Crawley will remain with the Nine until the end of March.

Producer defends What Really Happens on the ...