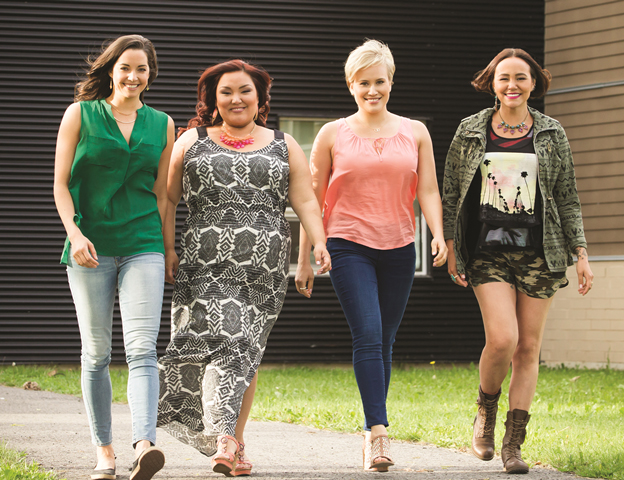 From Bridget Liszewski of The TV Junkies:

Mohawk Girls creators confirm Season 4
Get ready to head back to the rez! Mohawk Girls Season 4 is happening.

“We are developing the fourth season,” showrunner Cynthia Knight confirmed to The TV Junkies. The APTN comedy’s fourth year will be an extended run since “it’s going to be eight half hour episodes instead of six,” says Knight. She also said that they are aiming “to shoot around the same time as last year, hopefully around the end of May to mid-July. It’ll then air next fall.” Knight and Mohawk Girls creator and executive producer Tracey Deer also confirmed that the writers’ room for Season 4 of the critically acclaimed show will have six women in it. Knight calls it their “biggest story room yet by far,” as they get set to begin writing this week in Toronto.