Home›U.K. Shows›Moffatt family to sit out of the rest of Gogglebox series while Scarlett heads to the I’m a Celeb jungle

Channel 4 bosses have confirmed that the Moffatt family will not participate in the remainder of this series of Gogglebox while Scarlett Moffatt appears on I’m a Celebrity… Get Me Out Of Here.

Referring to the Moffatts, a Channel 4 spokesman told Digital Spy: “The whole family will no longer participate in this series of Gogglebox.”

Scarlett’s parents, Mark and Betty, who are known for their jokes with their daughter while watching TV shows, will be absent from our screens while she tackles Bushtucker Trials in the Australian jungle. 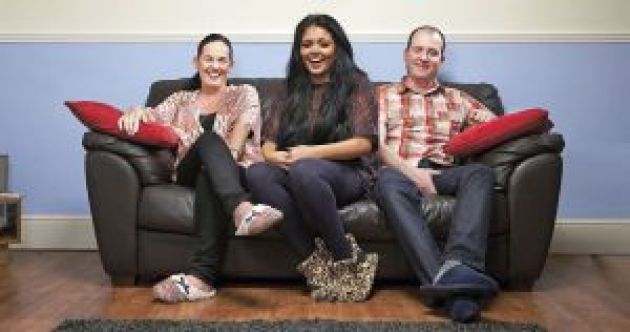 However, the family, from County Durham, will return for the ninth series of Gogglebox in 2017.

Scarlett has recently shed three stone in weight and is due to release an exercise DVD on Boxing Day.

The star admits she was shocked into losing weight when she was told that she was at high risk of developing Type 2 diabetes.

The DVD captures the moment that Scarlett was told she was almost 2 stone heavier than she thought, weighing in at 11 stone as opposed to her predicted nine and a half.

Aside from her internal battle with her weight, Scarlett also previously admitted that trolls berated her for her size.

Scarlett has confessed to her phobias being “small spaces, the dark and walking across bridges”, which may cause her some upset while in the jungle.

But Scarlett also said she is prepared to eat anything in the Bushtucker trials, and said she is curious to taste the unusual food on offer.

She also joked that being on the show will give her a chance to “show people that I have legs” after mainly being broadcast sitting in an armchair in Gogglebox.

I’m a Celebrity premieres on ITV on Sunday, November 13.

My Mother and Other Strangers star Hattie ...