News, Slider
by The ArchDuke 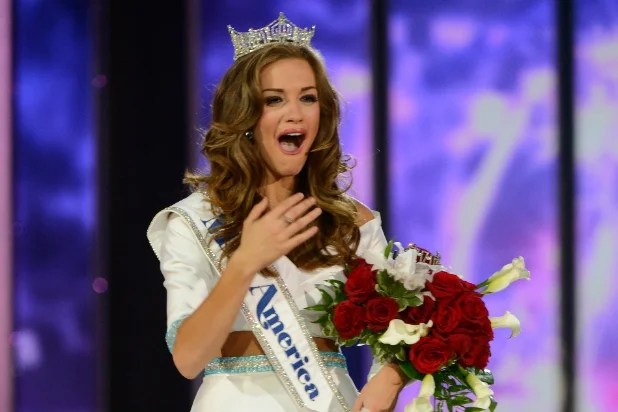 She was crowned by last year’s winner Kira Kazantsev during ABC’s live broadcast of the 2016 competition from Atlantic City’s Boardwalk Hall.

During the talent portion of the competition, Cantrell impressed the judges with a performance of an aria from the opera “Madame Butterfly,” but stumbled during the question round when talking about Tom Brady‘s Deflategate, having to ask the judge to repeat his question.

“Did he cheat? Um, that’s a really good question,” she said. “I’m not sure. I think I’d have to be there to see the ball, and feel it to make sure it was deflated or not deflated … If there were any question to be had, I think that he definitely cheated, and he should’ve been suspended for that. That’s not fair.”

The broadcast, hosted by “The Bachelor’s” Chris Harrison and Brooke Burke-Charvet, also saw the Miss America Organization offering a formal apology to Williams 32 years after she was forced to resign when nude photos from her past were published in Penthouse magazine.

So HONORED to be your #MissAmerica 2016! A night I will never forget! pic.twitter.com/YpK87feBIU

The stage is yours, Betty Cantrell! Congrats on your new title of #MissAmerica 2016! #ThereSheIs pic.twitter.com/Hf6OGwwPqy