Home›U.K. Shows›Mel & Sue decided to quit The Great British Bake Off "in a heartbeat"

For most, it would be an extremely difficult decision to quit a TV phenomenon like The Great British Bake Off. Not for Mel Giedroyc and Sue Perkins.

Only one day after Channel 4 announced it had outbid the BBC for a new three-year Bake Off contract, Mel and Sue revealed that they weren't "going with the dough" and thus would be standing down.

On the verge of their swansong in The Great British Bake Off Christmas special, Sue Perkins spoke for the first time about how the show's move from the BBC left her with no alternative but to leave.

"We made the decision that felt right for us and it was made in a heartbeat, really," she told Radio 5 Live. "For us, the show was at its best at its original home and we made no secret of the fact that's where we wanted it to stay.

"Whilst I respect that it's moved on, it was easy - well, I say easy [but] of course it's very sad to say goodbye to something you love - but it's definitely the right decision for us.

"I was delighted to be part of [Bake Off]. Certainly, in my career, it's the most extraordinary thing that I was gifted with and I look back on it with incredible fondness. Ultimately, I'm not a business person and business people make business decisions.

"I am somebody who wanted to play and be silly, and [business] is not my world. So, whilst it's painful and whilst I don't fully always understand it, you have to respect the people that do business to do what they do best.

"In the meantime, I'm sure Mel and I will be jumping up and down and gurning which is what we do best for Comic Relief in February and with hopefully many more things to come in the future.

"It was a very special, very unique, sort of mercurial show that had a sort of alchemy at its heart. I was very, very pleased to be part of it." 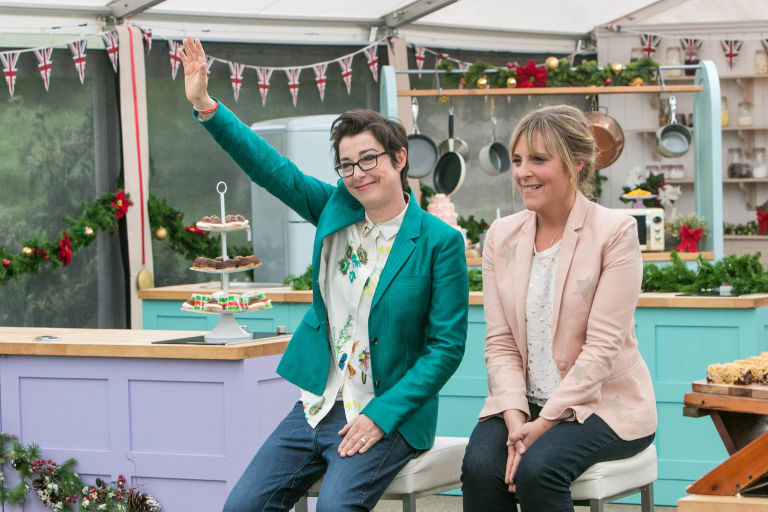 The big Channel 4 move was actually announced after filming wrapped on the BBC's last Bake Off series, which didn't necessarily allow the current team a proper goodbye.

"As far as I was concerned [when filming], we'd be carrying on," she explained. "So, it's nice in a way that it wasn't filmed in a wistful way.

"It was filmed as business as usual, so there was no sense of what was to come when we were doing it."

While there have been no firm announcements yet, BBC director of content Charlotte Moore recently hinted at plans to reunite Mel & Sue with Bake Off judge Mary Berry and winner Nadiya Hussain in the near future.

"There will be more news on what Mary Berry, Mel and Sue and Nadiya are doing next," she teased earlier in December, adding: "Watch this space - some exciting news to come."

Meanwhile, Paul Hollywood will actually be moving with the Bake Off to Channel 4 for a format that he promises "will stay exactly the same".

"The tent will stay the same, the challenges and really the bakers [will not change]," he revealed on The Jonathan Ross Show Christmas Special. "Ultimately it comes down to when the bakers get in the tent next year, then it will be a special thing." 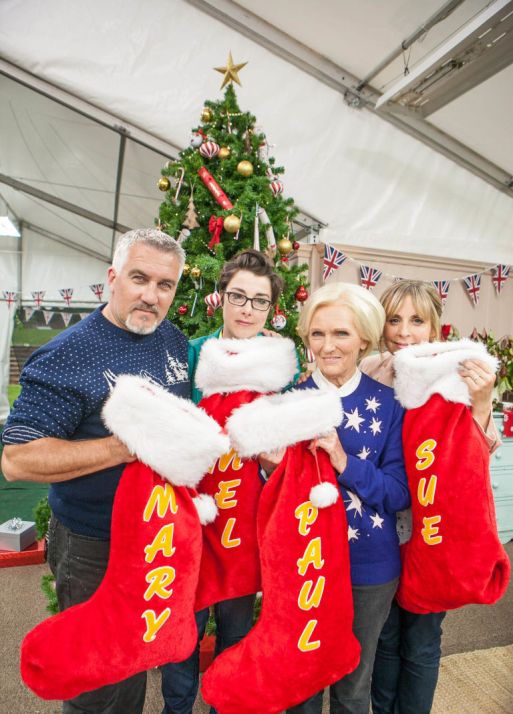 Right now, it's not clear if Channel 4 will air a full Bake Off series in 2017… but we do know that there will at least be a shortened celebrity version for Stand Up to Cancer airing next year.

The Great Christmas Bake Off airs on Christmas Day at 4.45pm and Boxing Day at 7pm on BBC One. Watch a trailer below:

Airdate: The Real Housewives of Sydney