News, U.K. Shows
by The King Himself 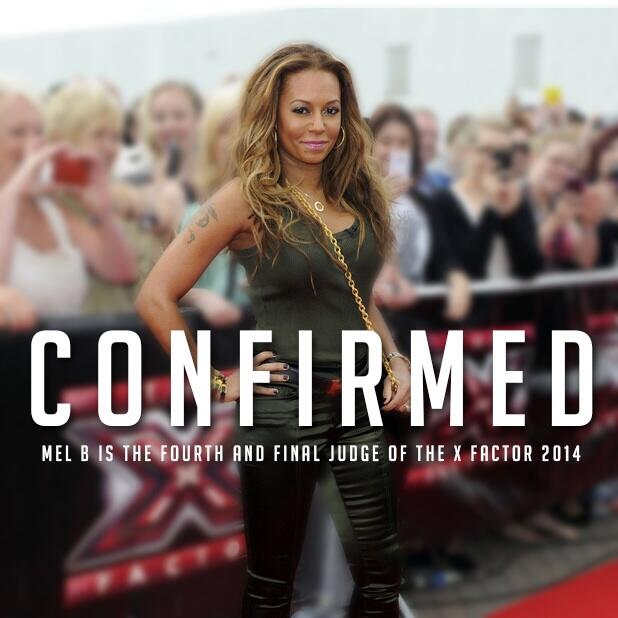 Fox cancelled The X Factor in the U.S. back in February, the same day that ITV said creator Simon Cowell would be rejoining the UK version. The following month, Cowell confirmed that former X Factor UK judge Cheryl Cole would return to join him as a judge/mentor for the 11th season of the show after having left to join the U.S. version in a short-lived stint. Today, Cowell’s company Syco announced by tweet that Mel B is to be the fourth UK judge. The panel is now complete with Cowell, Cole, Mel B and the returning Louis Walsh. Last year’s group consisted of Walsh, Sharon Osbourne, Gary Barlow and Nicole Scherzing. Former Spice Girl Mel B (aka Melanie Brown) was a guest judge on The X Factor UK in 2012 and is also a judge on NBC series America’s Got Talent. Cowell’s other big UK show, Britain’s Got Talent, concluded this past weekend. A return date for The X Factor UK has not been confirmed by ITV, although the show generally begins airing in August and finishes up in December. ITV renewed the show’s contract last November to keep it on the air through 2016. Last year’s 10th season had consolidated ratings of about 10M viewers.