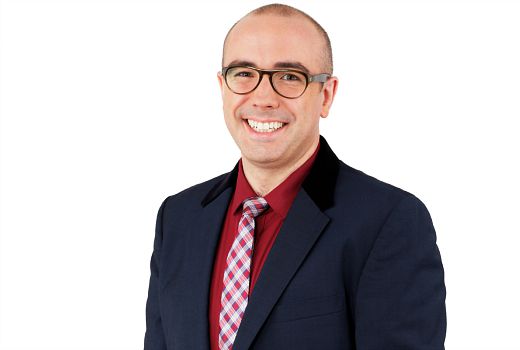 ABC lawyers are on notice.

The Chaser team return tonight for their second season of Media Circus with twelve more episodes, four more than last year. But while they have been off air, Q & A has been the show nabbing headlines and creating a furore.

“Usually we’re the cause of it. We’re feeling very deprived we’re not the centre of the controversies –but that’s what the next 12 weeks are about,” says Julian Morrow.

“We’re trying to work out who the least-responsible moderator of our tweets could be.”

So far the parlour game format hasn’t warranted any lawsuits, unlike The Hamster Wheel, The Chaser’s War on Everything and consumer show The Checkout. Surprisingly, it’s Checkout that has attracted the most legal action. Whether Media Circus manages to top that remains to be seen, meanwhile Morrow acknowledges the media climate since the show was last on air hasn’t improved.

“The tiresome culture war continues and the hyper-sensitivity around it. The brittle outrage and crisis culture has gotten worse,” he continues.

This year the show screens on Thursdays, a move which was driven largely by studio availability, but one that offers a nice synergy.

“Gruen and Media Circus have similar production cycles, recording the night before and delivering the next day. That is a logistical issue (regarding) which studio is going to be used,” Morrow explains.

“By accident that Thursday slot we’d been filling for a number of weeks with The Checkout, so that mix seems to work. We also see the logic of coming off 7:30 and moving into something that is Entertainment but in the same ball-park.”

However while it also means the show moves into a PG timeslot, it’s not worrying Morrow.

“We’ve never asked to be later in the evening because of Classification. When you know what the guidelines are you work within them. So we probably are a bit more risqué and pushing the envelope when we are on later… but I don’t think anything we’ve done actually relies on it.”

“What we really liked about the first series was the mix of experienced journalists and insiders with great war stories, with some established comedians and some up and comers. So that’s what we’re trying to enhance in the second series,” he says.

“We’ve been trying to explore two of the three checkboxes in the ABC Charter: Information and Entertainment. But it’s a career goal for us to never ever Educate.”

Morrow also says the show is hoping to move towards episodes recorded the same day they air. With a format that isn’t as demanding as the research and filming of The Checkout, the possibilities of expansion become feasible.

“I could see the Media Circus, if it happens to float, having a longer run or more episodes. We’re thinking about the election next year and what to do if there’s an appetite from the broadcaster to do it,” he teases.

“Our ambition is to make more episodes, not less.