Home›U.K. Shows›Lucie Jones says she might make changes to her Eurovision song

Lucie Jones says she might make changes to her Eurovision song 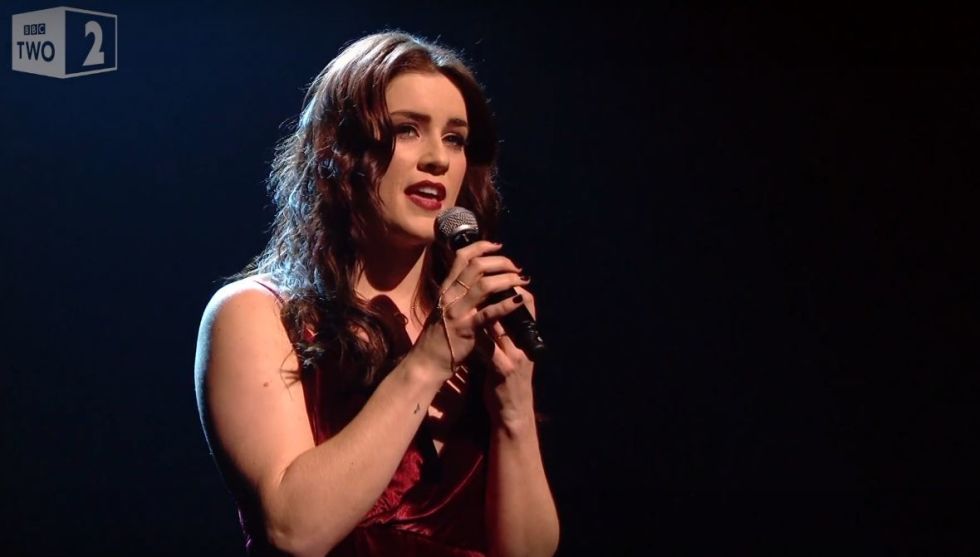 Last week, the former X Factor star was voted by viewers as the UK's next big musical hope at this year's contest, and will now head to the Ukraine to warble in front of the world on May 13...

But her song, 'Never Give Up on You', might sound slightly different on the day.

"Everyone's loving the song but we're definitely listening to people when they say they want slight changes and the record producers and the BBC are looking into it - so we'll see."

She also discussed her surprise at being chosen to represent the UK, adding: "It was crazy. I honestly didn't expect it to be me.

"I had a very clear name in my head of who I thought it was going to be and when Mel [Giedroyc] didn't say that I genuinely thought she had made a mistake.

"It was amazing obviously, but I didn't expect."

Touching on the UK's chances *possibly* being affected by the Brexit vote, Lucie also said: "It's always talked about, this political voting thing, but this year, to be honest, I'm looking forward to going and being part of an event that is globally unifying.

"It's all about unity and including everyone, and what a great year to be an ambassador for our country.